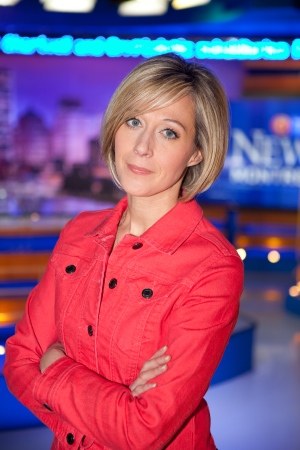 Since 1995, she has covered the most significant moments and the most important issues unfolding in her home province of Quebec, including the 2017 mosque attack in Quebec City, the deadly Lac-Megantic trail derailment in 2013, for which she was nominated for a Canadian Screen Award, as well as the Dawson College shootings in 2006.

Beauchemin has also travelled outside the province to deliver frontline coverage of major news events, including the Christchurch, New Zealand mosque attacks in 2019, tensions between North and South Korea in 2018, the Brussels bombings in 2016, the coordinated Paris terrorist attacks in November 2015, the January 2015 Charlie Hebdo shooting in Paris, the 2013 Boston Marathon bombing, Pope Francis’ 2013 Papal inauguration in Rome, the Shafia honour killing trial in 2011, the Newtown, Conn. school shooting in 2012, and the September 11 terrorist attack in New York City.

She earned a Bachelor of Science in Anatomy and Cell Biology from McGill University, and went on to study journalism at Concordia University. She worked at the local CBC News station before joining CTV News in 1997.

Born in Montreal and raised in Ottawa, Beauchemin is married and has two sons. She speaks English and French.