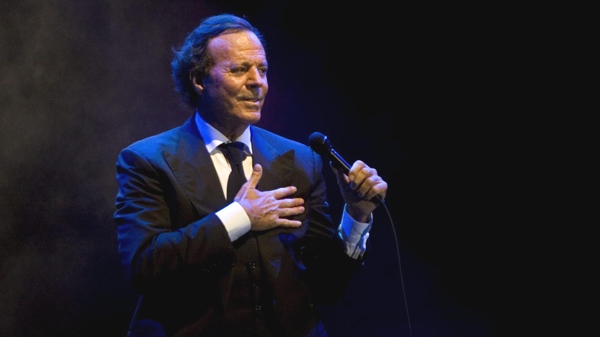 CARACAS, Venezuela - Venezuelan authorities say thieves stole cash and other items from the hotel room of Spanish singer Julio Iglesias while he was performing a concert.

The Venezuelan Prosecutor General's Office says the 68-year-old artist and his nephew returned to their rooms after the concert in the city of Valencia and found that $1,600 in cash was missing, as well as items including three iPads and a suitcase containing video cameras, a computer and personal documents.

Prosecutors said in a statement on Thursday that detectives had questioned hotel employees and were examining video from security cameras after the robbery on Sunday night.

Iglesias performed two concerts in Venezuela on a tour promoting his latest album, "1."