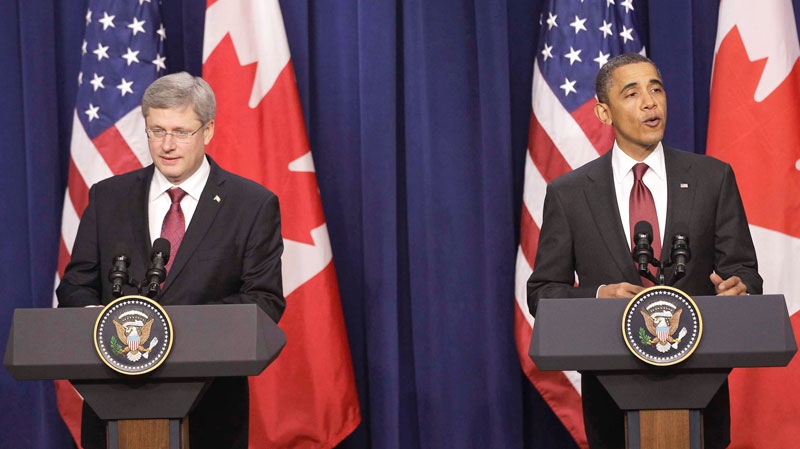 And 70 per cent favoured creation of a bilateral agency to oversee the building of new border infrastructure.

All three elements are part of a sketchy agreement, announced last week by Prime Minister Stephen Harper and President Barack Obama, to secure the border against terrorist or criminal threats and ease obstacles to the free-flow of goods and services.

The telephone survey of just over 1,000 Canadians was conducted Feb. 3 to Feb. 7 and is considered accurate to within plus or minus 3.1 percentage points, 19 times in 20.

The poll suggests Canadians -- at first blush, at least -- don't share the concerns of the opposition parties that the border agreement could erode Canada's sovereignty and result in an invasion of Canadians' privacy.