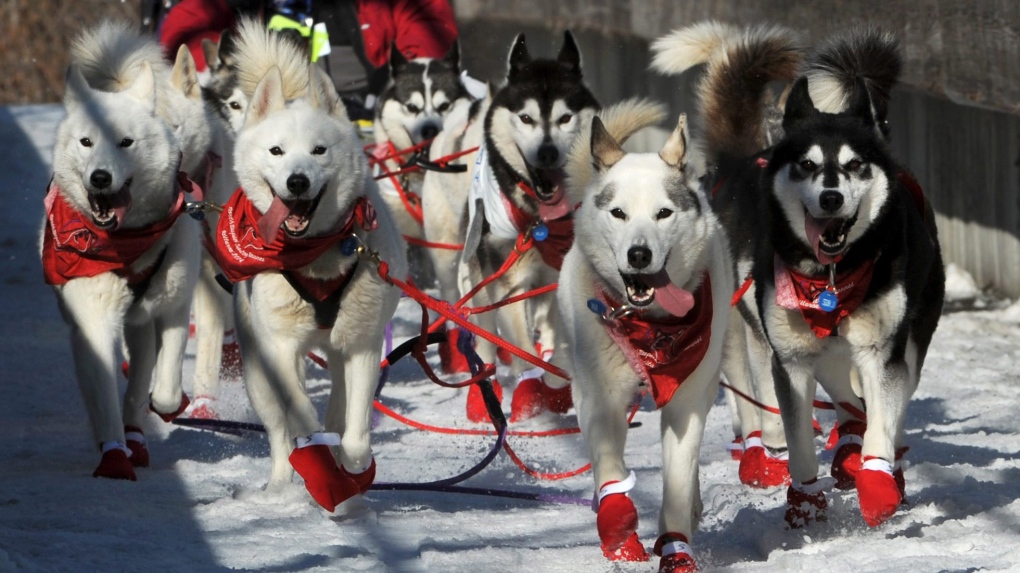 PRINCE ALBERT, Sask. -- The Canadian Challenge Sled Dog Race through northern Saskatchewan has been put on ice because of warm weather.

The race's organizing body says it's cancelling this year's event because of poor trail conditions.

Gillian Gracie, president of the Gateway North Sled Dog Race Association, says there's little to no snow in some spots and water in places.

"It's been warm. It's been raining. It's been thawing a little bit. There's a lot of bare patches. There are sections of the trail that are closed," Gracie said in a phone interview Monday from La Ronge, Sask.

"And being so bare, there's no cushion for the dogs, so they're going to run into a lot of injuries."

Head veterinarian, Dr. Ruth Sims, said the tough conditions would mean a high probability the dogs would get dehydrated.

The group looked at other options, such as moving the route, but there are "just too many parts of the trail where there are problems," Gracie said.

The race was supposed to start Feb. 23 in Prince Albert, Sask. This is the first time it's been cancelled in its 19-year history.

There's no snow in the forecast, but even a good blizzard in the next few days wouldn't make a difference, because there's no longer enough time to mark the trail, Gracie said.

The Canadian Challenge 12-dog event normally covers almost 500 kilometres and is a qualifying race for the Iditarod and Yukon Quest.