The world's Indigenous speakers gather in Victoria to revitalize languages 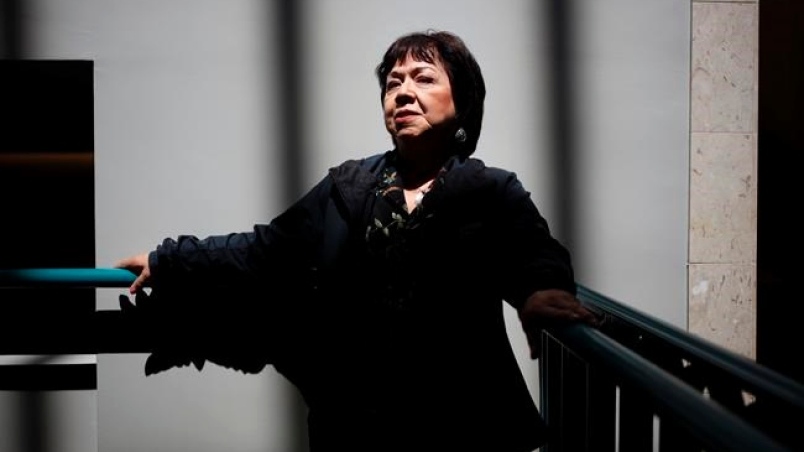 VANCOUVER -- Sto:lo Nation educator Ethel Gardner is confident that the fate of the Coast Salish language Halq'emeylem is looking up, despite its classification as critically endangered by UNESCO.

"The language is alive. It's definitely reversing the trend towards extinction," she said.

Gardner, who also goes by her First Nation's name Stelomethet, served as an elder-in-residence at Simon Fraser University, where she wrote her dissertation on the relationship between Halq'emeylem, pronouced halk-ah-may-lem, and Sto:lo communities of B.C.'s Fraser Valley.

Decades of arduous work to preserve Halq'emeylem is paying off as more people begin to learn the language, she said.

Gardner just recently completed the four levels of Halq'emeylem offered at the University of the Fraser Valley in Chilliwack.

"I've been working hard all my life to understand what happened to the language and to help those who are dedicated to revitalizing it. I hadn't had time to learn myself," she said.

There is only one fluent Halq'emeylem speaker, elder Siyamiyateliyot or Elizabeth Phillips, who is with Gardner this week in Victoria for Let the Languages Live, a major international conference focused on advancing the revitalization of global Indigenous languages.

Organizers estimate about 1,000 delegates from 20 countries will be at the conference, including those with knowledge of almost all of the Indigenous languages in B.C.

Gardner and Phillips are among a small group of Sto:lo language leaders who plan to share their experiences on organizing workshops that provided immersion training for Halq'emeylem teachers this past winter.

"Most of the teachers are usually out in the field, in the schools or wherever they're teaching," said Gardner. "They're often the lone expert where they are, without having much opportunity to connect with others. They were elated to come together and share."

The teachers themselves are still learning, striving for fluency after Canada's residential school system attempted to silence generations of Indigenous language speakers.

After the workshops, the language teachers paired up for what Gardner called "mini practicums," which brought community members together, from small children to elders, so the teachers could practice their new immersion techniques.

"At one of the sessions the participants didn't want to stop. They wanted to continue on. My hope is that there will be some funding available for us to set up more community pilots so people don't have to go to a public school or a university institution to learn Halq'emeylem," said Gardner.

"Not everybody is interested in getting credits or working towards a degree or becoming a teacher, they just want to learn Halq'emeylem," she added.

The teacher training workshops were made possible by a nearly $95,000 grant from the First Peoples' Cultural Council, the B.C. Crown Corp. responsible for funding Indigenous language programming and one of the co-hosts of this week's conference.

Friday marked Indigenous Peoples Day in Canada, and the federal government passed the first-ever national First Nations, Inuit and Metis languages Act. It affirms Ottawa's commitment to providing sustainable, long-term funding for Indigenous language revitalization, though details about the amounts and timelines for new funding have yet to be released.