'She meant everything to me': Father writes of teen's suicide

The father of a Nova Scotia teen who took her own life after she was allegedly raped and then bullied for a year-and-a-half has posted a tribute to his daughter online, saying he wants her to be remembered for “her love of life and the beautiful way in which she lived it.”

Glen Canning, father of Rehtaeh Parsons, posted the statement Wednesday, saying he doesn’t want his daughter to be remembered for her suicide or the alleged attack.

“I want it to be about the giving heart she had. Her smile. Her love of life and the beautiful way in which she lived it,” Canning wrote.

Canning said some of his daughter’s organs, including her heart and liver, were donated to other patients, who were given “a new breath, and a new chance to love. She saved the lives of four people with her final gift of life. She was that wonderful.”

“I loved my beautiful baby with all my heart. She meant everything to me.”

Canning also expressed his dismay that police did not lay charges in the case. RCMP said there was insufficient evidence to lay charges, despite the family’s claim that photographs were taken of the alleged attack and circulated around the teen’s Cole Harbour high school.

"How is it possible for someone to leave a digital trail like that yet the RCMP don’t have evidence of a crime? What were they looking for if photos and bragging weren’t enough?” Canning wrote.

“My daughter wasn’t bullied to death, she was disappointed to death,” he said. “Disappointed in people she thought she could trust, her school, and the police.”

The intense interest in his daughter’s case sent a wave of traffic to Canning’s blog, which crashed Wednesday evening.

Earlier Wednesday, the hacker group Anonymous says it has identified two of the four boys who allegedly raped Parsons and is threatening to reveal all of their identities if authorities do not press charges.

The group said in a news release that it is still working to confirm the identities of two other boys allegedly involved in the attack on Parsons in November 2011, when she was 15. The teen’s mother said her daughter endured a year-and-a-half of bullying after the attack before attempting suicide last week. The family took her off life support on Sunday.

While the group says it does “not approve of vigilante justice,” it is warning the RCMP and provincial Justice Minister Ross Landry of its intentions.

“The names of the rapists will be kept until it is apparent you have no intention of providing justice to Rehtaeh's family,” the group said in the statement. “Please be aware that there are other groups of Anons also attempting to uncover this information and they may not to wish to wait at all. Better act fast.”

The group also warned that it is organizing “large demonstrations outside of your headquarters,” adding that, “You will be held accountable for your failure to act.”

The group tweeted Landry’s office phone number, and its tweets about the case carry the hashtag #OpJustice4Rehtaeh.

The threat from Anonymous followed word from Landry that officials may re-open an investigation into the case. Landry announced late Tuesday evening that he is asking government officials to present options for conducting such a review.

Landry said in his statement he decided to revisit the case so residents in the province can have “faith” in the justice system.

“I know that law enforcement and the public prosecution service do their best, every day, to administer and enforce the law," he said. "It's important that Nova Scotians have faith in the justice system and I am committed to exploring the mechanisms that exist to review the actions of all relevant authorities to ensure the system is always working to the best of its ability, in pursuit of justice."

Landry said he will be consulting with officials and expects to have more information on the case in the coming days.

The minister backtracked from an earlier position he took Tuesday, when he told reporters he would not order a review of the assault investigation, noting that there was no evidence to suggest that police failed to follow proper procedures in their investigation.

In addition to Landry’s pledge, the province’s education ministry has asked the Halifax Regional School Board to review its actions in relation to the case.

“The school never saw a photo, never saw any evidence of a photo, didn’t know of anyone speaking about a photo,” Doug Hadley of the HRSB said Wednesday.

“And because the police investigation was going on they didn’t want to actively get involved at the risk of compromising or complicating an investigation into a very serious alleged crime.”

Education Minister Ramona Jennex met with school board officials, and vowed to change procedures for dealing with bullying allegations if gaps in the system are identified.

“We can’t have this happen again,” Jennex said.

An online petition, which so far has more than 30,000 signatures, is also calling for an independent investigation.

On Wednesday, Landry met with the teen’s mother, Leah Parsons, to discuss her concerns about what happened to her daughter at school, as well as the subsequent police probe.

Parsons claims her daughter had been struggling with depression since she was allegedly raped at the home of a friend of a friend. Parsons said the teen was subsequently bullied for a year-and-a-half by her schoolmates.

“I think kids have to be held accountable for their actions,” Parsons told CTV Atlantic. “Rehtaeh always said, ‘They’re talking about bullying at school, mom, but they don’t care.’”

Parsons said she was disappointed that no charges were laid.

She said her daughter attempted to deal with depression and anger issues, but she eventually began exhibiting suicidal behaviour.

School safety advocate Stu Auty says Parsons’ case points to a need for parents to be aware if their child is being bullied.

“It’s also saying the parent of a child is always the child’s best advocate,” Auty told CTV News Channel on Wednesday. “And if they don’t feel that there’s been justice delivered, then it’s up to them to pursue it.”

Parsons’ death has drawn comparisons to the case of 15-year-old Amanda Todd.

Todd committed suicide last fall after enduring ongoing cyberbullying that stemmed from a topless photo of the Vancouver teen that circulated online.

The death sparked outrage among Canadians, and drew international attention. The case also generated a number of anti-bullying campaigns.

With files from CTV Atlantic’s Kelland Sundahl and Jacqueline Foster 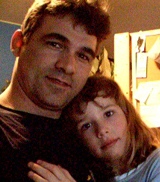 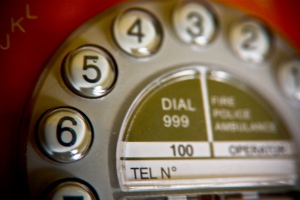 Are you looking for help? Follow these links for mental health resources 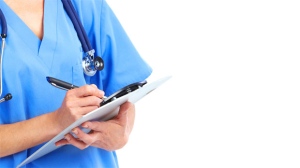 Resource list: What can I do while I wait to see my doctor?