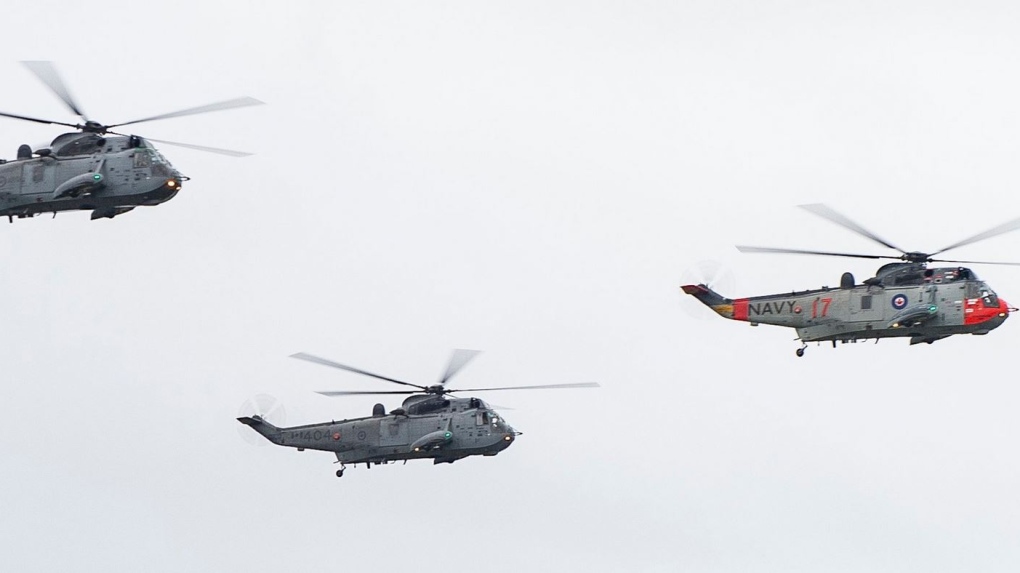 After 55 years of service, the Canadian Armed Forces bade farewell to its fleet of CH-124 Sea King maritime helicopters at a B.C. parade Saturday.

The parade, which was held at 443 Maritime Helicopter Squadron in Patricia Bay, near Victoria, saw the aging aircraft perform one last flypast.

The Sea Kings have been in service with the Canadian military since 1963, making them our longest-serving aircraft. Designed for anti-submarine warfare, the ship-borne helicopters have also been used for search and rescue operations, disaster relief and fisheries patrols. They have seen action overseas in places like the Persian Gulf, Somalia, Yugoslavia, East Timor and Haiti.

“The retirement of the CH-124 Sea King is truly historic for the Royal Canadian Air Force,” Lieutenant-General Al Meinzinger, Commander of the Royal Canadian Air Force, said in a written statement. “No other fleet has served as long as the Sea King, and its 55 years of service are a monument not only to its durability and capability, but to the men and women who operated, maintained and otherwise supported this incredible helicopter.”

Final flypast of the CH-124 #SeaKing. Proud of the thousands of Canadians involved in maritime aviation past & present. @RCAF_ARC @RCN_MRC @SeaKing50th pic.twitter.com/rVn14QhTa1