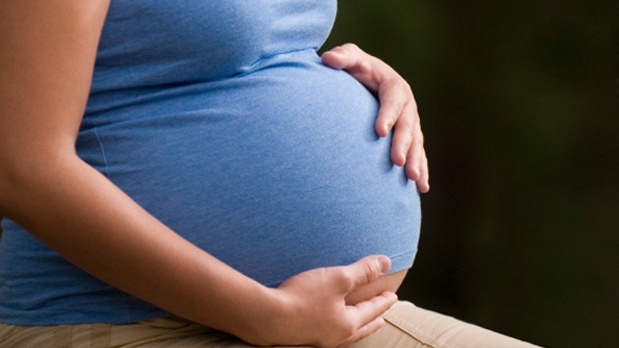 Housefather says a provision in Bill C-404, his proposed legislation, provides assurances a woman cannot be forced or encouraged to become a surrogate mother.

A new private member’s bill aims to remove the prospect of criminal charges for those who pay for and receive donated sperm and eggs, as well as surrogacy services.

Anthony Housefather, a Liberal MP representing the Montreal riding of Mount Royal, tabled the bill Tuesday, saying “criminalization is meant to eradicate societal evils. The desire to have a child or to help someone have a child is not evil.”

He said the criminal law should be changed and it should be left up to the provinces to regulate assisted human reproduction services. Provinces could choose to continue to prohibit compensation beyond expenses, set a cap on payouts, or leave it up to the free market, he said.

Existing legislation, the Assisted Human Reproduction Act passed in 2004, prohibits compensation for those who donate sperm or eggs (gametes) or carry babies for others. The penalties include up to 10 years in prison and up to $500,000 in fines.

Surrogates can only be reimbursed for pregnancy-related costs, such as medication and travel to medical appointments.

Housefather says under his bill it would remain illegal to encourage or assist anyone to become a donor or surrogate who is under age. The donor age would remain at 18 and the surrogacy age at 21.

His proposed legislation would also make it illegal to encourage or assist anyone to be a donor or surrogate if they lack the capacity to consent or to create these arrangements under coercion.

One in six heterosexual couples in Canada has fertility issues and many gay couples and single people also want to have children, said Carolynn Dube, executive director of Fertility Matters Canada.

“Infertility is a reproductive health issue and it needs to be treated as such in our country. Assisted human reproduction is stressful for all patients. It is expensive, it is time consuming and it is laden with stigma.”

Dr. Jeffrey Roberts, Vancouver fertility specialist, says criminalization in Canada forces people to go abroad for fertility services, something that is prohibitively expensive for many.

“The complete prohibition on compensation has created a critical shortage of individuals willing to provide these amazing services for Canadians.”

The current legislation is hurting those it was intended to protect, notably children born through third-party reproduction and women who act as surrogates and egg donors, said Sara Cohen, founder of Fertility Law Canada and a professor of reproductive law at Osgoode Hall.

She said she is hopeful that with this bill “Canada will begin to correct its paternalistic and harmful laws that were born out fears and what ifs.”

Canada has only one national sperm bank, taking 20 to 40 donors a year, says Cohen, leaving about 95 per cent of donor sperm being imported from countries where it is paid for anyway. She says that means Canada has no control over how much of a single donor’s sperm is used in a given population, any standards of care for a donor or any information the resulting children have a right to access.

“Given technology, we are now repeating the same mistakes with egg donors,” she said.

Jennifer Worsdale has helped two couples become parents, delivering five surrogate children and donating her eggs twice. She called it a privilege and an “empowering experience” to help the couples.

“We’ve expanded our own family by helping other people,” said the married mother of three who lives in the Greater Toronto Area.

She said there were few resources or supports in place, so she and the couples sourced doctors, lawyers and counsellors who were willing to help. She said Canada’s legislation is “woefully out of step” with reality.

“I believe that all Canadians who want to have children should be able to do so without the spectre of criminal charges overshadowing their dreams.”

Heidi Bonnell, who froze her embryos prior to undergoing chemotherapy, used a surrogate from California to deliver her twin boys seven years ago after treatments for cancer made it unsafe for her to carry a child.

The Ottawa woman said the system there provides a clear legal framework, extensive background checks and a rigorous application and interview process for all parties involved. The surrogate received great medical care, psychological support and financial compensation and remains a close friend to the family, said Bonnell.

But the process was expensive for Bonnell and her husband, who remortgaged their home.

Critics of the proposed bill say human reproduction should not be reduced to a commercial venture.

“Our law needs to respect the best interests of all children and to defend their human dignity. For a donor-conceived child, this means defending the right to know the identity of their genetic parents. Commodifying gametes reduces a child to a purchased product,” says the Association of Reformed Political Action Canada, which describes itself as presenting a Christian perspective to governments.

A royal commission on new reproductive technologies in 2017 also recommended against the commercialization of egg and sperm donation.