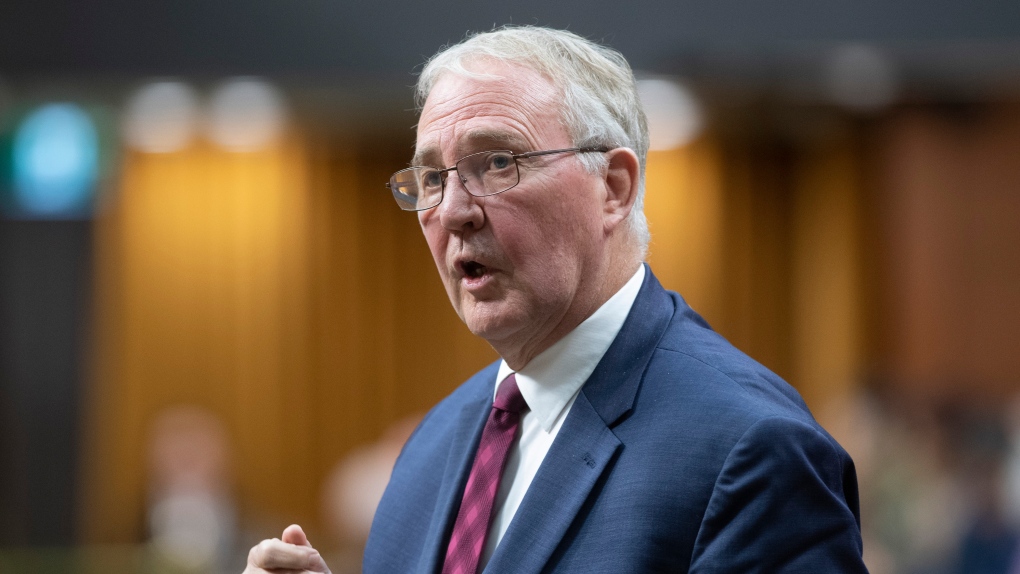 Public Safety and Emergency Preparedness Minister Bill Blair responds to a question during Question Period in the House of Commons Tuesday December 10, 2019 in Ottawa. (THE CANADIAN PRESS/Adrian Wyld)

OTTAWA -- Canada's prison service is working to better understand the needs of black offenders, a community that is second only to Indigenous people when it comes to overrepresentation in federal custody

"Research is being conducted on the size, growth, geographic distribution, country of origin, as well as the language profile of the population."

The effort comes seven years after a study by the federal prison ombudsman found black inmates commonly reported discrimination and stereotyping as gang members while in custody.

Black people were 7.3 per cent of federal offenders in 2017-18, according to the government's latest statistical profile of the correctional system. That's more than double the approximately 3.5 per cent of Canadians who identified as black in the 2016 census.

Over-policing of urban black communities can lead to young people being more likely to wind up in the criminal justice system for lesser offences such as marijuana possession, said Lori Anne Thomas, a Toronto criminal defence lawyer.

Incarceration is too often seen as the most appropriate deterrent, said Thomas, president of the Canadian Association of Black Lawyers. "You also have to think about, 'How do we rehabilitate?' Because we're going to just develop a pattern, and we see this many, many times with a cycle of coming in and out of jail."

Overrepresentation of specific groups in federal custody is "a complex issue," says the November briefing note to Blair. "Sentencing decisions are not made by the Correctional Service of Canada, therefore we don't control the incoming inmate population."

Once a person is in Correctional Service custody, culturally responsive services, programming and interventions are provided to address the risks posed by offenders and help with their rehabilitation and reintegration into society, the note says.

The 2013 study by the office of the correctional investigator found:

While black prisoners were two times more likely than other inmates to have a gang affiliation at the time of the ombudsman's report, almost four in every five did not belong to a gang. "Despite this, the gang affiliation label is the one issue that seems to both distinguish and define the black inmate experience in federal penitentiaries," the report said.

At one institution, a group of black inmates invited fellow prisoners and staff to an event to showcase what they had learned as part of a cultural program, the report said.

One black inmate would later say, "Can you believe only one CSC staff member showed up? What was the point?"

The briefing note to the minister suggests strides are being made, saying black offenders are offered a variety of services aimed at supporting their reintegration.

These initiatives include relevant presentations to offenders and staff from community members, addressing mentorship needs and training to enhance the "cultural competency" of prison-service staff.

Although there are "no specific correctional programs" for black offenders, their enrolment and completion rates in available programming "show positive participation," the briefing note says.

Some institutions benefit from the participation and activities of inmate groups composed mainly of black offenders, the note adds. Various Christian, Rastafarian and Muslim groups also help educate black inmates and "develop a sense of belonging and self-esteem."

The issues confronting black offenders have been overshadowed by the burgeoning Indigenous prison population.

Ivan Zinger, who became correctional investigator in early 2017, warned Tuesday the proportion of Indigenous people in federal custody had hit a record high of more than 30 per cent.

The numbers are even more dire for Indigenous women, who account for 42 per cent of the female prison population, Zinger said.