Patrice Vincent, the soldier who put 'country before himself' 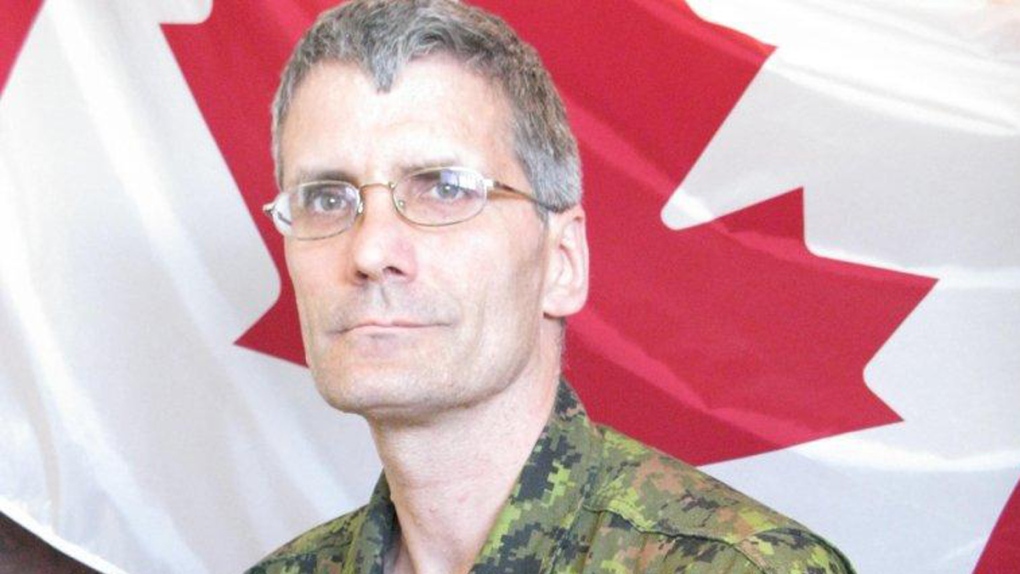 Warrant Officer Patrice Vincent, 53, died as a result of his injuries after a hit-and-run incident in St-Jean-sur-Richelieu, Que. on Monday, Oct. 20, 2014. (Department of National Defence)

It has been a year since Warrant Officer Patrice Vincent was killed in a vicious attack, but his legacy as a selfless soldier lives on, not only among his friends and family but his colleagues and Canadians alike.

On Oct. 20, 2014, in the Quebec town of Saint-Jean-sur-Richelieu, located approximately 50 kilometres southeast of Montreal, Vincent was assisting another member of the Canadian Armed Forces who wanted to visit a Veterans Affairs service centre. The two men were walking in a parking lot when Martin Couture-Rouleau, who had been on the RCMP’s radar for his alleged extremist ideology, intentionally struck them with his car.

Couture-Rouleau, 25, who investigators said had been radicalized, was shot dead by police after a brief car chase.

Vincent, 53, succumbed to his injures. The other soldier survived.

Two days after the attack in Saint-Jean-sur-Richelieu, another attack in Ottawa sent shockwaves across the country when Michael Zehaf-Bibeau shot and killed Cpl. Nathan Cirillo at the National War Memorial, before entering Centre Block on Parliament Hill, where he engaged in a shootout with police and security.

The chaos that ensued in the national capital overshadowed Vincent’s murder, but his family had also wanted to mourn privately, without crowds lining up at the funeral home or at makeshift memorials.

The colleagues and friends who did speak out about Vincent’s death remembered him as a quiet and intelligent man who was always willing to help others.

One colleague said Vincent always put “his country before himself.”

Vincent was a 28-year veteran of the military who served with distinction across the country. He began his career as a combat engineer in 1986, and was later trained as a military firefighter, a job that took him to bases and warships across the country and different parts of the world. He also did IT work for the military and was working as a member of the army’s personnel support staff when he was killed.

At a memorial service held Tuesday, marking one year since his death, Vincent was remembered as a happy, smiling person.

"Always ready to help and didn't ask nothing in return,” said Stephane Proulx, who served with Vincent. “Good person, quiet person, very intelligent, many many many skills, and like I said, ready to help anyone at any time."

Months after his death, Vincent’s sister, Louise Vincent, spoke out in favour of the controversial Bill C-51, the anti-terror legislation introduced by the Conservative government.

An emotional Louise told a public safety and national security committee in Ottawa that her brother’s death “touched the whole of Canada.”

She said that Bill C-51 is “important” and that some of its provisions, like tracking of suspected terrorists, may have prevented Vincent’s death.

“Patrice Vincent must not have died in vain,” she said.