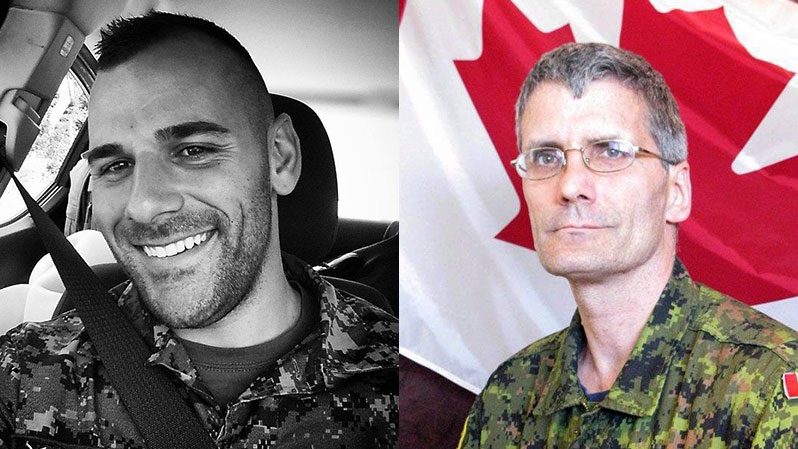 Two soldiers who were killed on Canadian soil in Oct., 2014, will be commemorated in a ceremony that coincides with the one-year anniversary of the Parliament Hill shooting.

On Oct. 22, 2014, a gunman stormed Parliament Hill and shot Cirillo in the back while he was standing as a ceremonial guard at the memorial. The gunman then stormed Parliament Hill's Centre Block where he fired dozens of shots before he was shot dead. The attack in Ottawa came just two days after Vincent was killed in Quebec by jihadist sympathizer Martin Couture-Rouleau.

Thursday's ceremony will include a 21-gun salute, a wreath-laying, and a fly-past of four CF-18s in the "missing man" formation. The Governor General is also scheduled to make a speech.

Michael Zehaf-Bibeau, who shot Cirillo, recorded a video message before the Parliament Hill attack, in which he said his actions were "in retaliation for Afghanistan" and other Canadian military missions. Couture-Rouleau, who drove his car into two soldiers and killed Vincent, was a radicalized Quebec man who had been on the RCMP's radar.

Prime Minister Stephen Harper said at the time that the soldiers’ deaths were grim reminders that Canada is not immune to terrorist attacks.

The attacks prompted new legislation, Bill C-51, to crack down on homegrown extremists.