Only 53 per cent of Canadians trust core institutions, report says 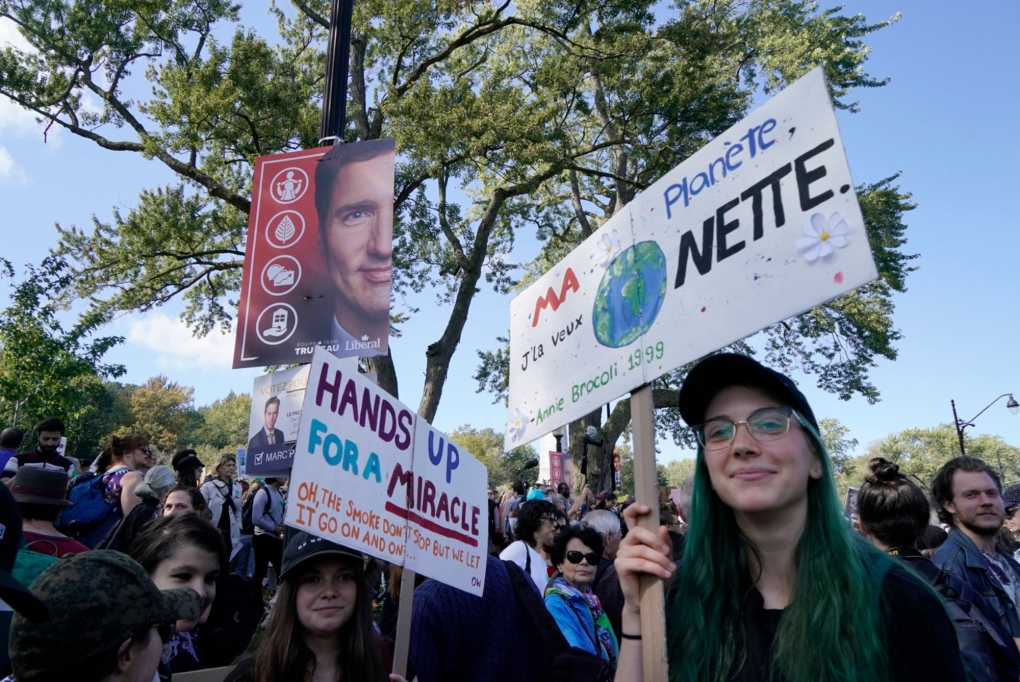 Demonstrators take part in a climate protest in Montreal on Friday Sept. 27, 2019. THE CANADIAN PRESS/Paul Chiasson

TORONTO -- Only 53 per cent of Canadians trust the core institutions of business, government, media and non-governmental organizations (NGOs) according to the 2020 Edelman Trust Barometer report, marking a three per cent decline from last year.

The online survey found that Canadians were also more pessimistic about economic prospects, with 35 per cent of respondents believing they and their families will be better off in five years, down two per cent from last year.

Trust in technology declined eight per cent in Canada, with ability of government regulation, the pace of change and the ability to know if what a person is seeing or hearing is real cited as the main worries.

Seventy per cent of Canadian respondents believed that companies should stop advertising with any media platform that fails to prevent the spread of fake news and false information.

Canadians listed the gig-economy as the major reason they were worried about losing their job, followed by lack of training or skills, fears of a looming recession, automation, immigration, foreign competition and jobs being moved abroad.

What are some of the other findings?

The report marked a loss of trust worldwide, and found there were “two different trust realities,” in that the informed public trusted core institutions more than the mass population.

The report notes that “no institution was seen as both competent and ethical,” with only business being seen as competent and only NGOs seen as ethical.

Ethics and ethical drivers were three times more important to company trust than competence, with 92 per cent of respondents saying it was important for their employer’s CEO to speak on issues ranging from diversity, income inequality and climate change.

How was the report measured?

The annual report, based on surveys of 1,150 people in 28 different markets between October and November last year, had more than 34,000 respondents in total.

The report separates the “general online population” cited in their findings into two segments – “informed public” and “mass population.”

Informed public represents 17 per cent of the total global population according to the report, and meets four criteria: being between the ages of 24 and 64, be college-educated, be in the top 25 per cent of household income per age group in each market and report “significant media consumption and engagement in public policy and business news.”

Mass population is defined in the report as “all population not including the informed public” and represents 83 per cent of the total global population.

The report measured “belief in the system” of the core institutions by four dimensions: a sense of injustice, a lack of hope, a lack of confidence and a desire for change.

The report notes that because the Edelman Trust Barometer is an online survey that “in developed markets a nationally-representative online sample closely mirrors the general population.” However, for markets with lower levels of internet penetration, the online sample will skew towards more affluent, educated and urban than the general population.