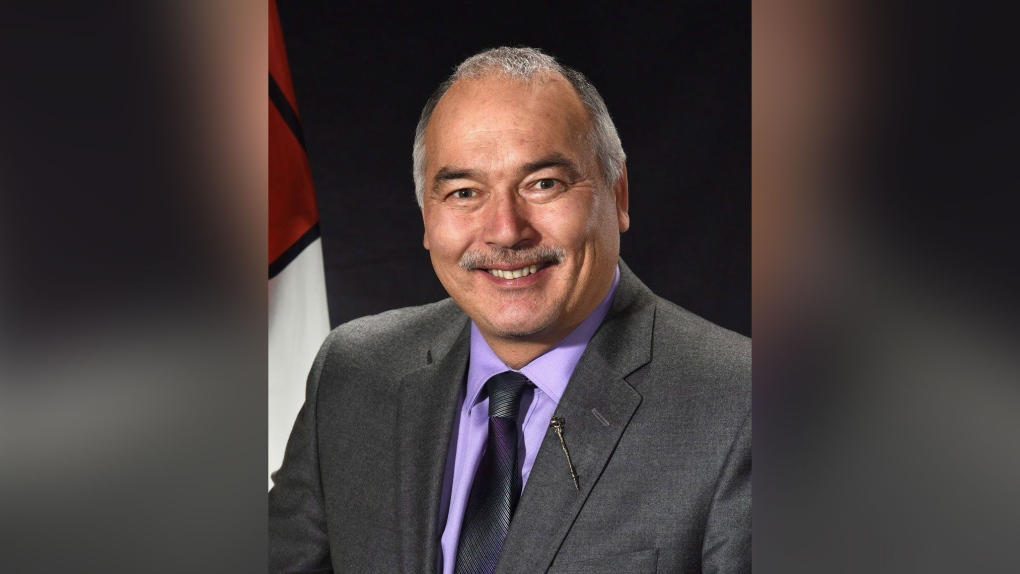 Nunavut's new premier, Joe Savikataaq, says he will focus on improving mental health and elder care in the territory. (THE CANADIAN PRESS/HO-Michel Albert)

"There's got to be a reason why this is happening," said Joe Savikataaq. "There has to be a root reason why Nunavut has the highest per capita crime rate, the highest sexual assault rate. We've got to find out why it's happening."

Savikataaq took over the territory's top job from former premier Paul Quassa Thursday after the results of a non-confidence vote. Under the rules of Nunavut's consensus government, premiers and cabinet are chosen by the elected members of the legislature from among themselves.

Savikataaq, 57, said mental health and elder care will be among the top priorities for the remaining three-and-a-half years of his mandate. He pointed out that, too often, elders have to be sent to the south for health care.

"Our goal is to have some form of elder's facility within Nunavut -- something in place for our elders to bring them back home."

He hopes his government will also be able to build an addiction treatment and trauma counselling centre. Although counselling services are available, the territory has no residential treatment facility despite the amount of social grief caused by alcohol and substance abuse.

"You have to treat the cause," Savikataaq said.

"If you treat the symptoms, you're not going to get anywhere. You've got to find out what the root cause is for this and then you've got to fix the cause of why it's happening and break the cycle."

It's his second term in office.

He comes to the legislature after nearly 30 years as a conservation officer, working directly with hunters and trappers in his home town of Arviat and other communities.

Savikataaq said it was too early to retire. He'd served on the local hamlet council for many years and decided to take the next political step. He ran against Quassa for the premier's job after the last general election in November.

"I figured I was the right guy to get the job done," he said.

He promises an open-door, collaborative style -- something he said was lacking under Quassa.

He also made a promise made by every premier of Nunavut since the territory was created in 1999 -- go after the federal government for more money for housing.

"If we can get any kind of infusion of extra money from the federal government to buy more houses, that would be a big plus."

He said Nunavut has a current shortfall of 3,000 houses. The rate of construction isn't keeping up with demand, so the territory is constantly falling even further behind.

"I'm not sure what the solution is. I just know it's a problem."

Otherwise, Savikataaq said his administration will hold to the direction set and decisions made under Quassa's leadership. He said he won't revisit controversial decisions, such as the one revoking government support for a plan to build a road from the coast into the territory's mineral-rich heart.

Savikataaq said he's pleased to be in premier's chair after falling short in his first attempt.

"I'm humbled and overjoyed (the members) chose to pick me as their premier."

By Bob Weber in Edmonton.