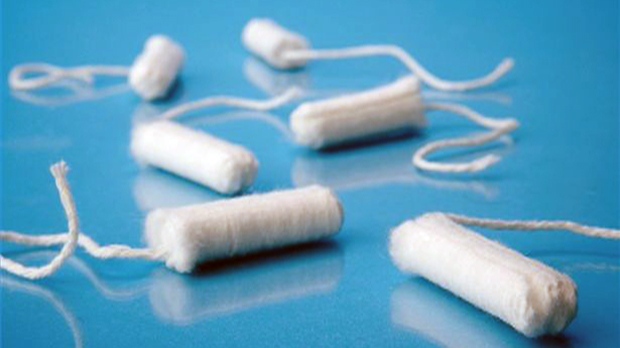 The NDP is once again calling the federal government to end what they call the "unfair tax on women" by removing the GST from tampons and other feminine hygiene products.

Several NDP MPs are delivering petitions with thousands of signatures to the House of Commons Thursday from Canadians who support eliminating the tax on feminine hygiene products.

The party will also introduce a motion in the House calling on the government to exempt the products from the GST.

Under the Excise Tax Act, the GST is generally applied to "luxury" items not considered essential to daily life. The MPs argue that tampons and pads are essential for most women of reproductive age.

They say that charging GST and the federal portion of the HST (harmonized sales tax) on the items amounts to "gender-based" discrimination.

“Feminine hygiene products are not a luxury for women and girls,” NDP Status of Women critic Mylène Freeman said in a statement. “We’re calling on the Conservatives to do the right thing and remove the tax.”

London-Fanshawe NDP MP Irene Mathyssen says it makes no sense that women have to pay tax on tampons while several non-essential items such as wedding cakes and cocktail cherries are exempt.

This is not the first time Canadian women have protested the GST on tampons. But this time, organizers have been trying to harness the power of social media.

A group calling itself Canadian Menstruators launched an online petition three months ago, asking the federal government to change the rules. That petition has already earned more than 72,000 signatures.

In order to have weight in Parliament, the petitions need to be submitted in paper form. Mathyssen tweeted Thursday that her office was able to deliver petitions Thursday with more than 10,000 paper petitions.

In all my years in office never have I received that many signatures for a single petition. Canadians have spoken. #notaxontampons