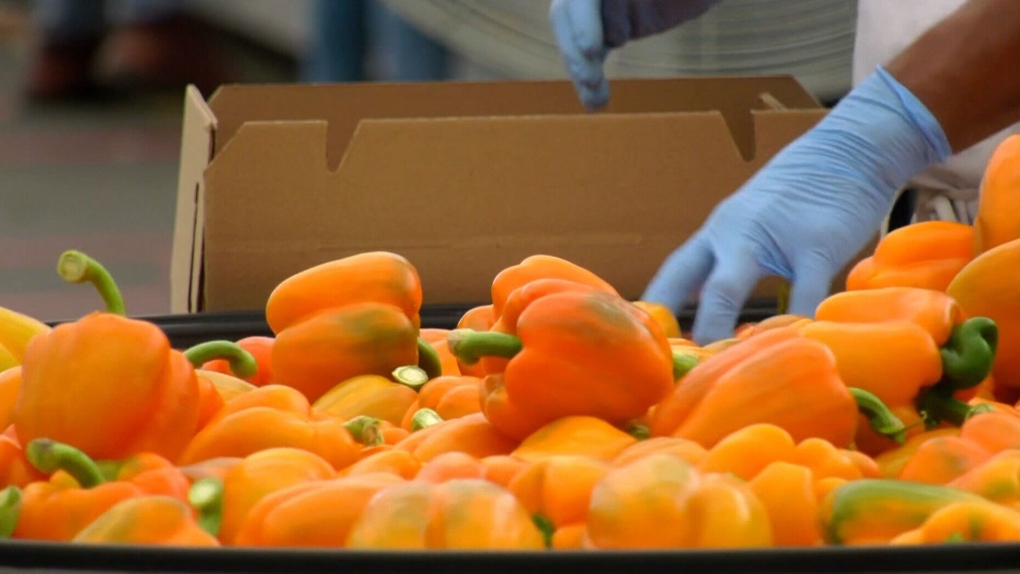 TORONTO -- Ontario is filled with migrant farm workers, working through the warm months in giant greenhouses to put fruits and vegetables on Canadian tables.

But the pandemic has put a strain on the industry, revealing cracks that threaten not just the flow of Canada’s food supply, but the rights and health of the workers that keep it going.

In the latest revelation from these frontline workers, some migrant workers are alleging that their movements in and out of the farms are being controlled.

One farm worker, who asked to have his identity concealed, told CTV News that after four years at the same farm, his contract wasn’t extended.

“Never took a day off, always been on time,” he said.

He believes the reason his contract wasn’t extended is because he went off-site to see his wife. She’s a fellow Mexican, whom he met in Canada, and she is pregnant; when she started bleeding, he had to go to her.

“I choose my family because it’s the most important thing in life,” he said.

Another worker would only speak to CTV News on the phone, and asked for even her voice to be altered in broadcast, scared of losing her job.

She says she has to ask permission to leave the property she works on.

The work that these farm workers do is essential to keep Canada fed -- but the work is more complicated than ever during a pandemic, with farmers and employees juggling COVID-19 precautions, financial concerns, and labour rights.

Some farmers in the area say they are not trying to control their workers, but are aiming to put in COVID-19 protections.

Michael Delsiansio runs a small organic farm, and says he’s started online bank accounts for his workers so they can handle their finances without leaving the farm itself.

“I am encouraging them to try to keep it tight within our own family, just like I would my wife and my parents,” Delsiansio told CTV News.

It’s a prevalent concern in a region where three workers have died and more than 1,100 have tested positive for the virus.

However, the federal government says farmers are not allowed to actually confine workers. The region’s medical health officer agrees but added that migrant workers may not always be aware of the specific COVID-19 rules and regulations for Canada.

Instructing workers to remain on the farms at all times can also be problematic in cases where the farm itself is not taking proper precautions to keep workers safe -- an allegation that several migrant workers have raised over the past few months.

And the fear of reprisal is real: after migrant worker Luis Gabriel Flores Flores spoke to the press anonymously about poor conditions at a Norfolk Country asparagus farm, he says his employer fired him.

With harvest around the corner, the federal government is looking for ways to make these farms safer during the pandemic.

They are pledging $58 million to improve living conditions for workers, who are often housed in crowded bunkhouses. The goal is to reduce the number of workers in each bunkhouse and reduce the ratio of workers to bathroom facilities.

But despite the cash promise, they are only just starting to consult stakeholders on new housing guidelines.

Farmers are concerned that the slow roll-out of these rules and improvements will leave everyone in limbo.

“Approximately $12.6 million in housing waiting to be built, everybody saying, ‘What do I do,’” Joe Sbrocchi, GM of Ontario Greenhouse Vegetable Growers, told CTV News. He said they have been instructed to essentially “stay in a holding pattern until further notice.”

Regardless of what the new guidelines will be exactly, farmers are concerned that costs will skyrocket.