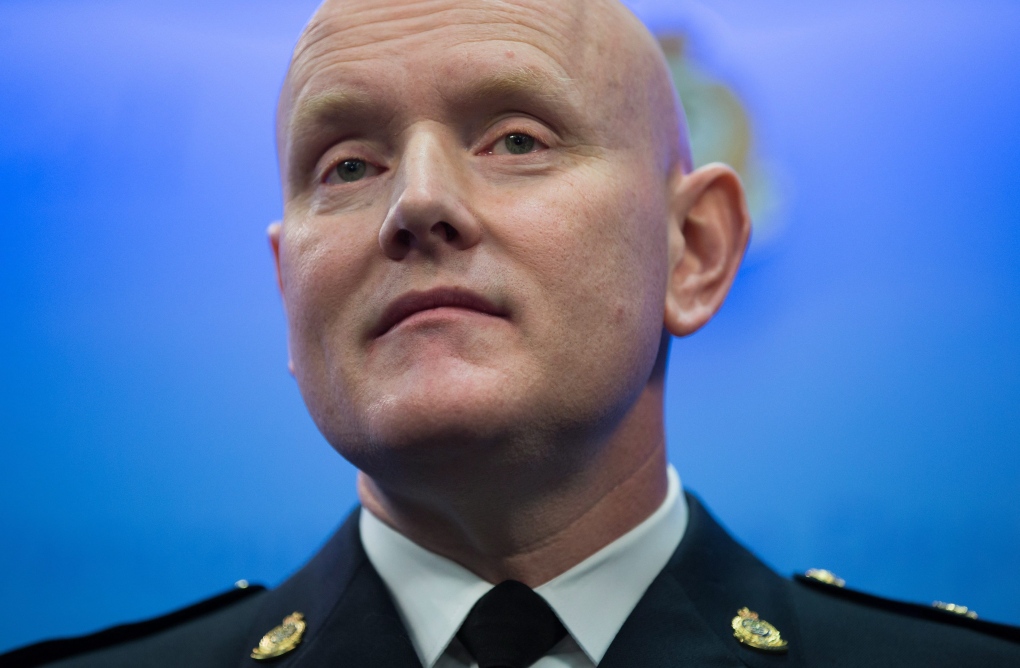 The leak gives an inside look at police communication and reveals how common such suspicious circumstances can be.

Still photos from surveillance footage began circulating Thursday night after Internet news and culture publication Vancity Buzz posted an article saying police were looking to speak with the men, who were spotted taking pictures of the entrances and exits at a local mall.

Police Chief Adam Palmer told a news conference Friday that the information about the suspicious incident was included in a confidential police bulletin, and was never intended to be released to the media.

Hours later, police released a statement saying they had identified and spoken with the men.

"All three men were co-operative with investigators and they had a very logical explanation regarding their behaviour," the statement said. "The investigation has conclusively determined that their actions were completely innocent."

Vancity Buzz editor in chief Farhan Mohamed said his team published the story because it was in the public interest.

"I don't think it's fear-mongering. I think we're just being factual that this is happening and this could be something," he said.

The publication received a tip, and confirmed the information with police, who did not ask them to stifle the story, Mohamed said.

"I understand the gravity of the situation and investigations," he said. "And had it been a situation where they said 'This is an ongoing investigation, nothing that we want out yet, can you please not run it' then we wouldn't have run it."

The bulletin stated that the men were Middle Eastern, a fact Vancity Buzz included in their story.

Palmer said the description was not racial profiling, and that details on race are always included in these kind of memos between police forces.

"Regardless of what race these people may or may not be, that's not really the issue. The issue is that we weren't planning to go public with it at all," he said.

Reports of suspicious incidents are a regular occurrence for police, and the process includes looking to police experts before taking the information to the public, Palmer explained.

Often, that process includes sharing information with other police forces.

"When we fan these types of things out to police officers throughout the province, on almost every occasion, somebody will know who this person is," the chief said.

Despite the leak, Palmer said his force will not change the way it shares information with other forces.

They won't search for the source of the leak either.

"To track that down would be pretty onerous and pretty unlikely to find out who actually did it," he said.