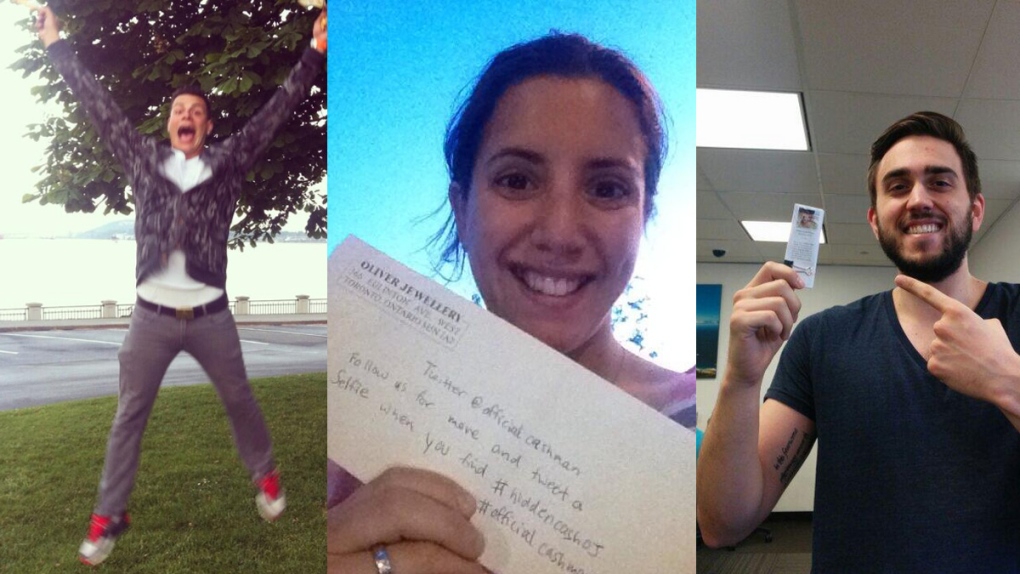 A treasure hunt that started in San Francisco has migrated north of the border, as Canadians have started chasing Twitter clues to find hidden cash in Vancouver and Toronto.

Anonymous Twitter user @HiddenCashYVR started tweeting clues to the locations of money drops across Vancouver on Wednesday, and a number of people have already cashed in.

HiddenCashVancouver has tweeted eight cash drop locations this week, with the promise of more in the future -- including a shift to the “burbs” today.

A few lucky Vancouverites have followed the clues to find $100 bills in manila envelopes, along with a short message instructing them to tweet a picture of their find.

But not all of the Toronto cash drops are anonymous. Jewellery buyer Russell Oliver, the ‘Cash Man’ at Oliver Jewellery, has embraced the hidden cash trend as a marketing tool.

We just did our first #hiddencashOJ cash drop! Follow us for clues to find $100 CASH in Toronto #freecash

Oliver, who is well-known in the Toronto area for his comical, over-the-top television pitches, said the hidden cash contest has already proven to be one of his more successful marketing tactics.

“I’ve done lots of promotions, obviously, in my life,” he told CTVNews.ca in telephone interview on Saturday. “This one, I think, is a gem.”

Oliver said he’s handed out free cash for contests in the past; but those contests, he thinks, were too easy, and the response wasn’t nearly as good as he’s gotten from the money scavenger hunts.

What makes the cash hunts special, he said, is that people have to work for their reward. “This takes some thought, takes some activity, takes some action,” he said. “People love the challenge of searching and getting clues.”

Shauna Mann, 26, found Oliver’s first cash envelope by following the clues on his Twitter feed. The money was hidden in a bush near her apartment at Yonge and Eglinton in Toronto.

She said she checked Google for the answer to the clue, then searched the bushes at the post office nearby.

“I kind of looked like that weird person, because it was at Yonge and Eglinton at 8 o’clock at night,” she told CTVNews.ca on Saturday.

“A few people walking by were looking at me, wondering what I was doing.”

The envelope was tightly rolled up and hidden away under a bush. Mann snapped a selfie, opened it, and used part of the money to buy treats for the kids at her daycare the next day.

Oliver says he’s given away four envelopes of $100 or more so far, with plans to go to the end of June and increase the giveaway amounts to as much as $2,000.

“We’re hoping to build it up based on the interest we’re getting, which seems to be pretty good,” he said.

And while he’s getting PR out of the move, Oliver said he gets why others are doing it anonymously. He cited last summer’s “pour it forward” coffee-buying trend as just another example of how people are finding ways to share the wealth with complete strangers.

The “pour it forward” trend saw many generous individuals unexpectedly pay for all the people behind them in line at their coffee shops.

Since then, copycats have started cropping up across the globe, from other U.S. states to the United Kingdom to the Netherlands.

And now, Canada is cashing in on the trend.