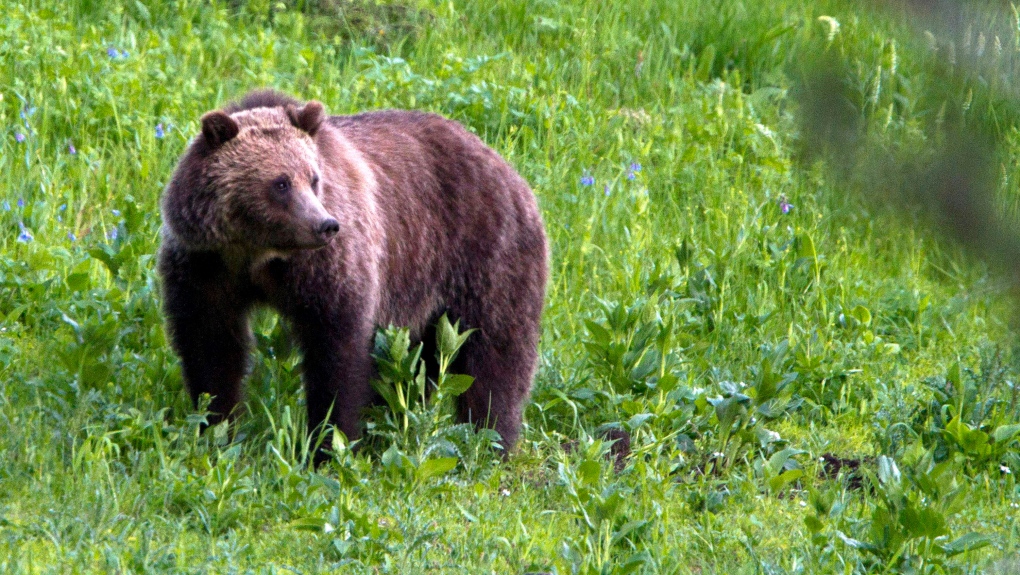 BANFF, Alta. -- A male grizzly bear has been killed after being hit by a semi truck in Banff National Park.

The collision happened just after midnight Tuesday on Highway 93 South near the Trans-Canada Highway.

Parks Canada resource conservation manager Bill Hunt said the highway is not fenced in that area. Speed is not believed to have been a factor because it's an uphill section of road.

"The trucks are usually fairly slow up that section," he said in an interview with The Canadian Press. "Certainly the fellow stopped and phoned it in right away and took responsibility, so that was a positive part of this -- that he actually reported it.

"We often get animal strikes ... where people don't report. It's certainly best if they do call in."

The driver was not injured, but wildlife staff found the 135-kilogram bear dead when they arrived at the scene.

"It did have an ear-tag hole in one ear, so it's probably a bear we handled," said Hunt.

More than a dozen bruins were collared and tagged during a recent research project into how to reduce the risk of being hit by trains, one of the leading causes of grizzly bear deaths in the park.

"In 2014, there was a male grizzly killed in Banff on the Icefields Parkway.".

Survival of the species is considered critical because grizzly bears are threatened in Alberta. Based on recent research, officials estimate there are about 60 to 65 grizzlies in Banff National Park.

"We are still in very good shape, but certainly it's something we work very hard to prevent with highway mitigations and speed limits," said Hunt. "The key thing that can come out of this is just reminding everyone that we do have a 90-kilometre (an hour) speed limit and this is why.

"It's because we do still end up with wildlife on the highways."