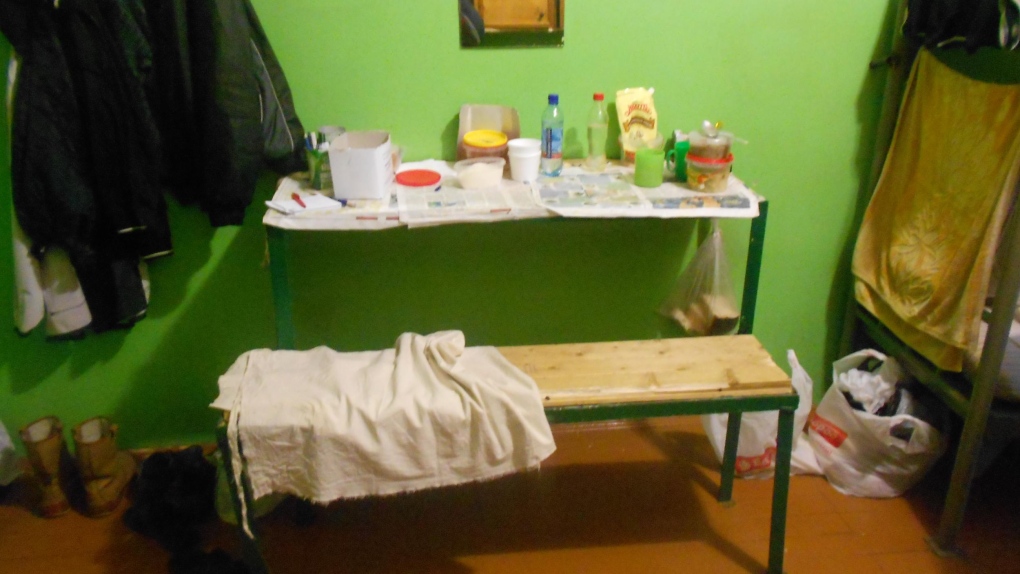 One of the cells in Murmansk Detention Centre where twenty-eight Greenpeace activists, a freelance photojournalist, and a film maker, are being held, is shown on Tuesday, Oct. 29, 2013. (Greenpeace International)

The Greenpeace activists being held in a Russian jail -- including two Canadian men -- are being transferred after six weeks in detention in a remote prison.

The environmental organization says it has learned from diplomatic sources that the so-called Artctic 30 will be moved to a St. Petersburg jail from the current one in Murmansk, an isolated port city in the northwestern tip of the country.

Montrealer Alexandre Paul and Paul Ruzycki, of Port Colborne, Ont., were among those arrested on the Greenpeace ship Arctic Sunrise on Sept. 18.

Paul spoke to his mother Friday for the first time time since his arrest six weeks ago and said that, although he hasn't been mistreated in prison, he's lost plenty of weight.

In a recent letter, he said the Murmansk prison was cold and that the activists had been separated from each other.

St. Petersburg will offer more sunlight than the current location, in the Arctic Circle. It's also closer to consular services.

But Greenpeace said it doesn't mean the conditions at the new facility will be any better.

The organization's director, Kumi Naidoo, said the detainees should be freed.

"The detainees shouldn't be in jail at all. They should be free to be join their families and to restart their lives," he said in a statement.

Greenpeace said it doesn't know the reasons for the move, and isn't sure of the transfer details either.

"Murmansk is the largest city inside the Arctic Circle and is over 1,000 kilometres (640 miles) from St Petersburg," said Patrick Bonin, climate and energy campaigner, in an email.

"We don't know exactly how they will make the trip, or when."

Russia seized the Arctic Sunrise after a Sept. 18 protest at a Gazprom oil-drilling platform in the Arctic circle. The group on the ship included 28 Greenpeace activists, a Russian photographer and a British videographer.

The organization said the 30 have not had the piracy charges against them dropped, as they'd expected and as they said Russian authorities had pledged.

Greenpeace described the charges as absurd.

"They are prisoners of conscience who acted out of a determination to protect us all, and they should be free," Naidoo said.

The families of the two Canadians protested earlier this week in Ottawa.

Paul is keeping up his morale but tells his mother he's lost a lot of weight. He's learning Russian from his cellmate and hasn't been mistreated in prison.

His mother has had plenty of sleepless nights but says she's thankful to have heard from her son. He has asked her not to come to Russia for now and promised he'd contact her again at a later date.