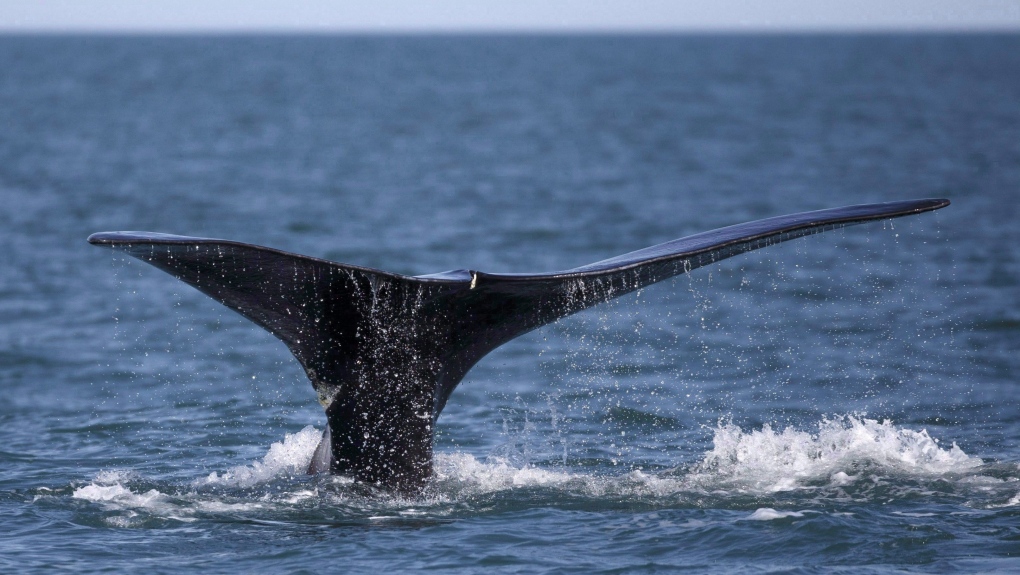 A North Atlantic right whale appears at the surface of Cape Cod bay off the coast of Plymouth, Mass., on March 28, 2018. THE CANADIAN PRESS/AP-Michael Dwyer

MISCOU , N.B. - The Department of Fisheries and Oceans say a North Atlantic right whale that was last seen entangled is now free of the gear.

The department posted on Facebook on Friday saying right whale .4440 was seen free of entanglement off the coast of Miscou, N.B.

The creature was first spotted entangled on June 29.

Despite the good news, the department says whale .4423, which is still entangled, was also spotted in the same area.

The rescue team is assessing disentanglement options over the weekend.