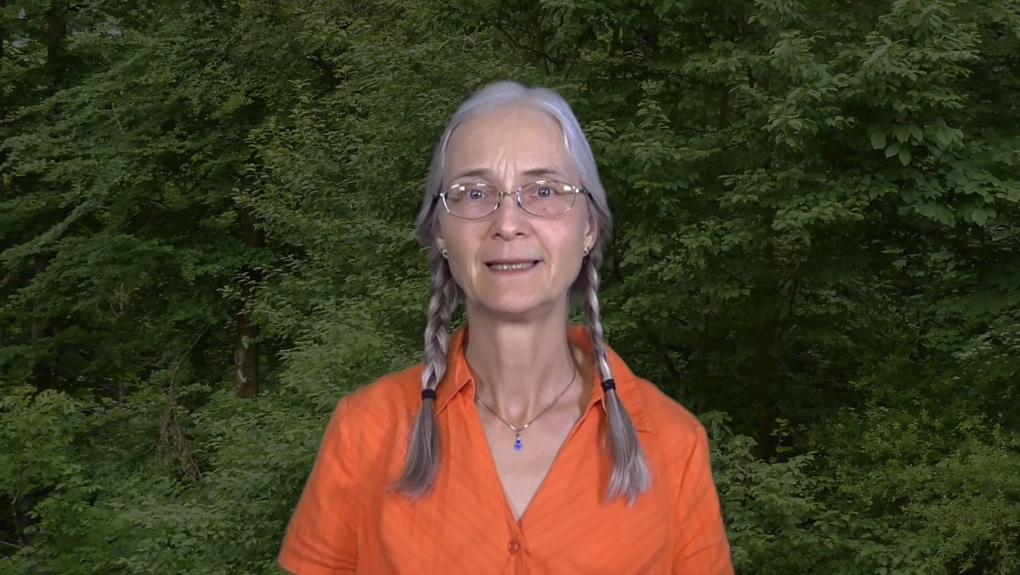 OTTAWA -- A civil liberties group is urging the Canadian government to end the "unjust and immoral" imprisonment of Monika Schaefer, a German-Canadian woman on trial in Germany for publishing videos denying the Holocaust.

The Ontario Civil Liberties Association says it's concerned about Canada's apparent unwillingness to come to the aid of Schaefer, who it describes as a Canadian "political prisoner" who was charged with a German criminal law that does not exist in Canada and is contrary to international law.

"We ask you both to do everything you can to save Monika Schaefer from her ongoing unjust and immoral imprisonment in Germany," the letter says. "Every day that Canada refuses to act or acts ineffectively is a day that Ms. Schaefer spends in a foreign jail. Therefore, we express the required urgency."

Global Affairs Canada says consular services are being provided to a Canadian citizen who has been detained in Munich.

"To protect the privacy of the individual concerned, further details on this case cannot be released," says spokeswoman Elizabeth Reid.

Schaefer ran for the Green party three times in Alberta's Yellowhead riding before the party rejected her candidacy in 2015. The next year, she appeared in a YouTube video denying the Holocaust, which prompted the party to publicly condemn her views.

In the video titled, "Sorry mom, I was wrong about the Holocaust," Schaefer says she was born and raised in Canada after her parents emigrated from Germany in the 1950s.

The Munich public prosecutor's office says Schaefer was in Germany visiting family members when she was arrested in January. She was charged with six counts of "incitement of the people" for publishing videos denying the Holocaust.

Schaefer has been in custody since her arrest and her trial is set to continue until August 17, the office says, adding the maximum penalty for each count is three years' imprisonment.

The civil liberties association says Germany's law against Holocaust denial is contrary to the International Covenant on Civil and Political Rights, which was ratified by Canada in 1976.

The United Nations Human Rights Committee has interpreted the covenant to be incompatible with laws that penalize the expression of opinions about historical facts, it says.

The civil liberties group says in the letter that the 2016 video was made in Canada and published from Canada.

However, Michael Mostyn, B'nai Brith Canada CEO, says the video was produced at the home of Schaefer's brother, Alfred Schaefer, in Germany and was first uploaded to the internet by him.

The Jasper Fitzhugh newspaper quoted Monika Schaefer in 2016 as saying the video was shot in Germany.

Alfred Schaefer is also on trial and it's absurd to claim that the litigation is contrary to international laws, says Mostyn.

"Many countries, including Canada, impose criminal penalties for speech that crosses the line into incitement or hate-mongering," he says, adding the association is wrong to characterize the trial as solely concerning Holocaust denial.

In fact, both Schaefer siblings have repeatedly preached hatred and threatened violence against Jews, and this is also part of the litigation, he says.

He says B'nai Brith Canada is puzzled by the association's involvement in the case.

"It is unclear why it would jump to defend a neo-Nazi who has no connection whatsoever to Ontario."

The Holocaust, in which the German Nazi regime murdered approximately six million Jewish people during the Second World War, is one of the most studied and documented atrocities of the modern era.

Germany developed strong laws against denial of the Holocaust in order to prevent another Nazi faction from rising in the country, and it's currently worried about growing far-right extremism, says Helmut-Harry Loewen, a retired University of Winnipeg sociologist who studies hate groups.

He describes the Schaefer siblings as key figures in the Holocaust denial movement.