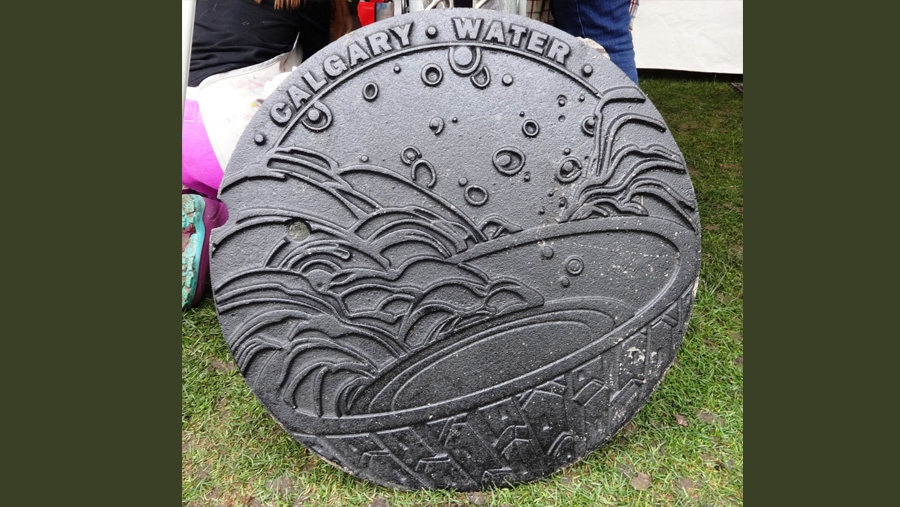 We drive over them every day and hardly pay any attention to them, but in Calgary, manhole covers are being turned into pieces of art, ones the city hopes get lots of notice.

The City of Calgary replaces around 2,000 manhole covers each year. For 2018, it decided to commission three artists to redesign covers into pieces of art that would remind city dwellers about how the city’s water network is integrated into the city.

One cover was designed for each Calgary water system: drinking water, waste water, and storm water.

The three designs were then unveiled on Saturday afternoon at a celebration in Prince’s Island Park.

The storm water manhole cover was designed by Andrea Williamson, and shows the Bow River weaving through a poplar tree branch, surrounded by ripples of water. Williamson says she was inspired by Calgary's location at the meeting of two rivers and the role that residents play in caring for those waterways. 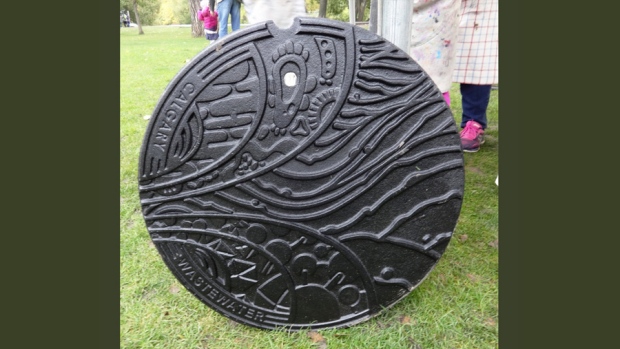 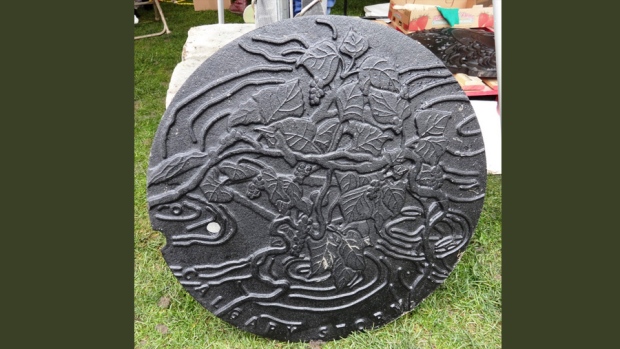 Mary Haasdyk's design for drinking water shows raindrops and glacial mountains flowing into a vessel, which is encased in houses and urban dwellings. It is meant to represent Calgary's close proximity to the city’s sources of water. 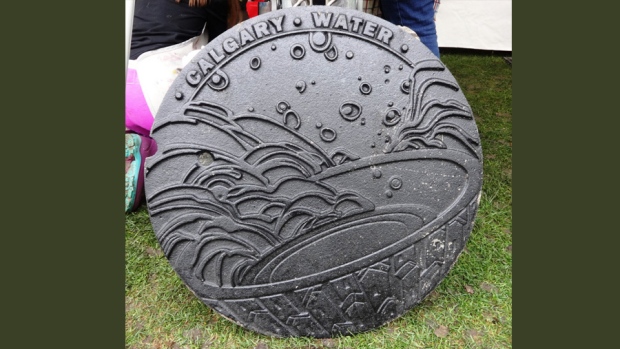 The new designs will be incorporated into the replacement cover program, with the new covers being brought in as existing covers reach the end of their normal lives.