Canada's skilled labour shortage: What does it mean for workers and employers? 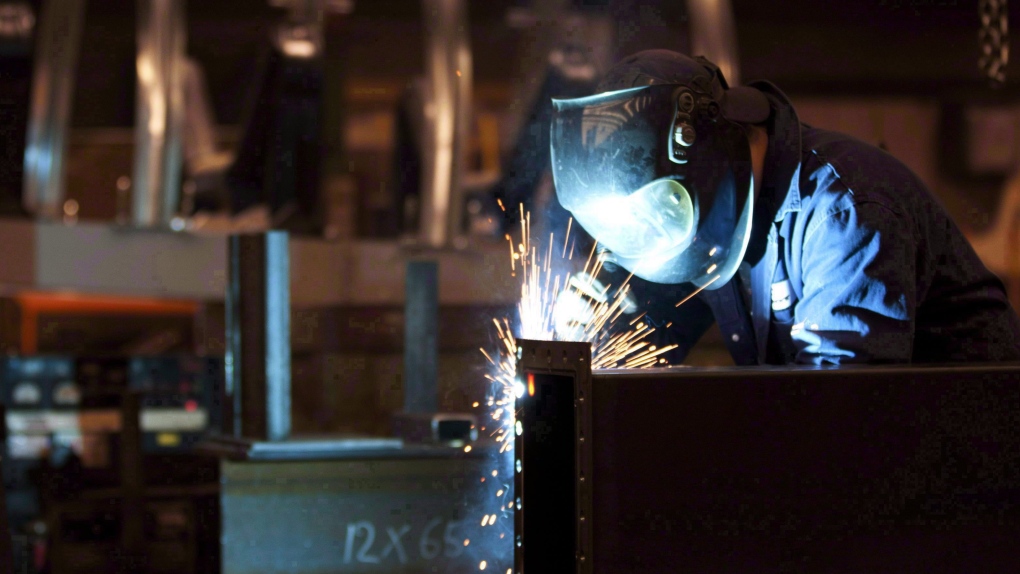 A welder works in a factory in Quebec City, Tuesday, February 28, 2012. THE CANADIAN PRESS/Jacques Boissinot

TORONTO – Experts say Canada is in the midst of a skilled labour shortage – and it’s limiting the growth of businesses. According to a survey by the Business Development Bank of Canada, 53 per cent of small-and medium-sized enterprises say the labour shortage will cause them to limit business investment.

A labour market expert argues that, for “far too long,” companies have used education as a measure of skill. But Steven Tobin, executive director of the Labour Market Information Council in Ottawa says that’s changing.

“Skills and education are not the same thing,” Tobin told CTV’s Your Morning on Friday.

“A skills shortage is when you advertise a position, you have a lot of applicants, but then you deem that none of those applicants have the skills to really perform the tasks you have in mind,” said Tobin.

He argues there is a need for more methods that can capture both the demand for and supply of workers’ skills.

In a 2018 survey by ManpowerGroup, 41 per cent of Canadian employers reported difficulty filling jobs. The survey also found that the most in-demand jobs require post-secondary training, but not necessarily a university degree.

Skilled trade workers such as welders, mechanics or electricians have been among the top five hardest roles to fill in Canada for the last ten years. Sales representatives, drivers, engineers and technicians are also on the list.

“We need more foundational work to understand what a skill is and how that complements education,” said Tobin.

In response to the skilled workers shortage, the federal parties have said they will implement programs to help train foreign workers facing barriers in employment.

The NDP say Quebec will receive funding to help alleviate the province’s skilled labour shortage, while the Conservatives pledge to put an emphasis on the skill of the immigrants Canada accepts and improve the language training for them.

The Greens want to create a system to evaluate an immigrant’s skills and training against the Canadian workforce. The Liberals plan to boost immigration numbers and promised to spend $100 million in skills training for workers.

“I think the work needs to focus around how can we describe and understand jobs then job seekers can have the tools and information to turn that into action,” added Tobin.