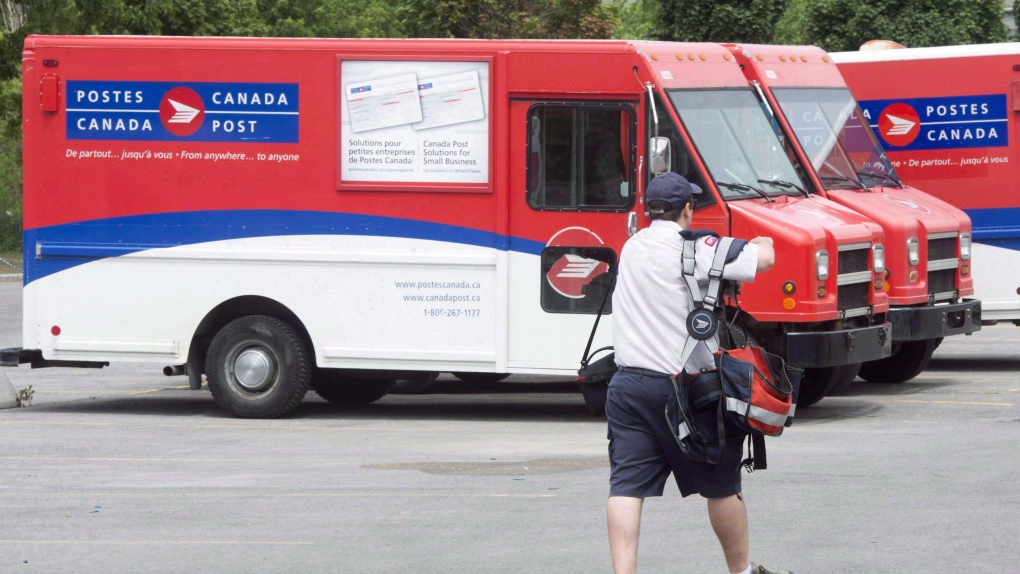 A postal worker walks past Canada Post trucks at a sorting centre in Montreal on July 8, 2016. (THE CANADIAN PRESS/Ryan Remiorz)

Canadians could see disruptions to mail service before the end of the month, as Canada Post and the Canadian Union of Postal Workers appear far apart on a new contract.

Although neither a strike or a lockout will be legally possible until Sept. 26 – and neither side has said it will take such action – some utility companies have started warning their customers that paper bills may not be delivered on-time.

CUPW has been holding strike mandate votes across the country over the past few weeks. The last of those votes took place Sunday and CUPW says results will be released Monday or Tuesday.

The two sides have been talking about new contracts since last November. Negotiations continued through the summer with a conciliator but without success.

A 21-day “cooling-off process” is now in effect. When it ends on Sept. 26, CUPW will be legally able to strike if its members give it a mandate to do so. Canada Post will also be legally able to lock out the workers, although it has not made any public signals that it plans to do so.

Union president Mike Palecek has said that CUPW “will do everything possible to achieve an agreement without a strike” but that workers “will have to be ready for some type of job action” if there is no deal by Sept. 26.

Canada Post presented the union with offers on Friday. In a statement, the agency told CTVNews.ca that the offers “reflect the recent growth in our parcels business and the contributions our employees have made” by increasing pay rates and benefits, and outlining plans to work with CUPW on other issues both sides have deemed important.

CUPW represents delivery agents and other employees of Canada Post. Its members were lockedout last in 2011-12. The federal government legislated them back to work, although a judge later ruled that the legislation was unconstitutional.