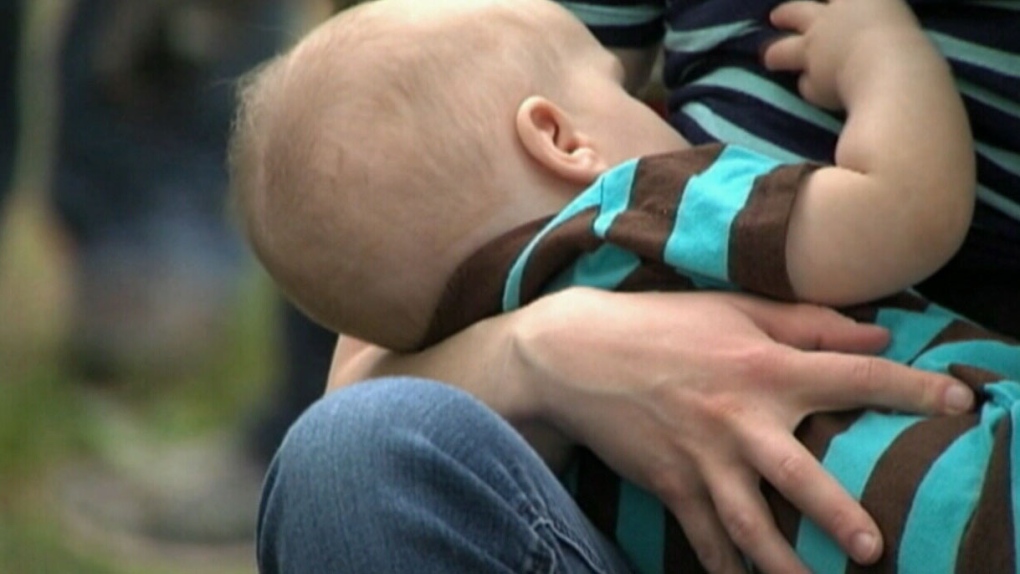 VICTORIA - The British Columbia government has outlined a five-point plan to promote breastfeeding and stronger mother-child bonds for infants who are in provincial care.

The plan based on a report from the Ministry of Children and Family Development and the representative for children and youth is intended to support vulnerable women and their infants. Resources for the plan will be allocated as needed, said a statement from the ministry, which described it as a priority that the government will address in its budget next year and beyond.

The province developed the plan after a B.C. Supreme Court ruling in February, which gave a mother daily access to her newborn, who was taken away three days after birth.

"It's a ruling we took seriously," Katrine Conroy, the minister of children and family development, said on Wednesday. "We needed to take a closer look, not at an isolated incident, but as a matter of ministry policy."

The plan outlines guidelines for social workers to promote breastfeeding when infants are separated from their birth mothers, find ways to make breastmilk available to infants and address breastfeeding within the context of substance use.

Over a four-year period starting in 2013-14, the report found that on an average, more than 500 infants who were under one year old entered government care and nearly 70 per cent of these infants were Indigenous.

Bernard Richard, the representative for children and youth, described the number as significant.

"A lot of very young lives are starting out away from their families, generally missing out on the proven lifelong health benefits of breastfeeding and bonding with parents," he said.

The report says the statistics highlight that the over-representation of Indigenous children and youth in care begins in infancy.

Cheryl Casimer, a member of the B.C. First Nations Leadership Council, said she was disappointed because a tripartite working group on Indigenous child welfare that includes the council was not consulted.

"It was not an issue that was brought to our attention and it was never brought forward to the table for discussion - nothing," said Casimer, who is also a member of the political executive of the First Nations Summit.

"I'm just really surprised. We have stated numerous times to both levels of government that anything that has to do about us cannot be done without us."

Casimer said as a mother, she understands the benefits of breastfeeding. There are long-term effects when First Nations children are taken out of hospitals and placed in care, she said, adding she is glad to see that the government is seriously looking at ways to decrease the number of children going into care and supporting breastfeeding initiatives.

The plan is just one piece of the solution, Casimer said.

"The issue is much larger than just putting together a five point breastfeeding plan. When they talk about decreasing the number of Aboriginal children going into care, well, how do you do that?" she asked.

Sonia Furstenau, a Green party member of the legislature, said the government's plan should be backed up by more resources to support new mothers and infants.

"Today's action plan is a step forward, however much more is needed, including funding for programs that will keep mothers and infants together," Furstenau said in a statement.

"This announcement is focused on directives and research. What's needed is funding to be provided so that mothers are given all the support necessary to ensure the bond between them and their infants is established and maintained."

Teresa Pitman of La Leche League Canada, which encourages and provides education on breastfeeding, said while the plan is a positive first step towards breastfeeding, it seems to be at a preliminary stage.

"They are talking about developing guidelines and procedures but haven't defined what they will be," she said. "That makes it hard to say how practical it is since we don't know what those guidelines will be."