Anti-gay religious group gets CIDA funding for work in Africa 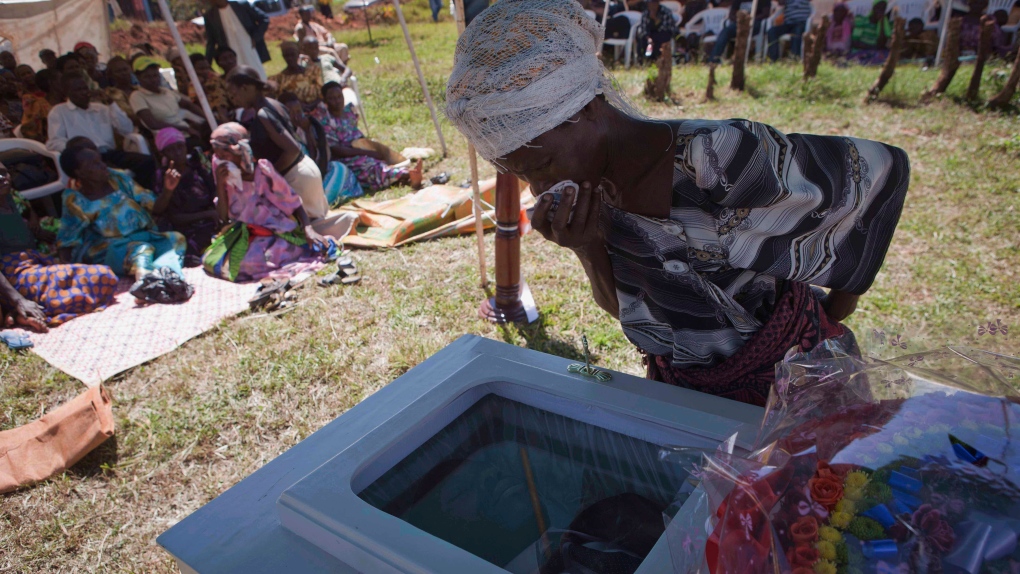 OTTAWA, Ont. -- An evangelical organization that describes homosexuality as a "perversion" and a "sin" is receiving funding from the Government of Canada for its work in Uganda, where gays and lesbians face severe threats.

The federal government has denounced virulent homophobia in that East African country and Foreign Affairs Minister John Baird has condemned plans for an anti-gay bill that could potentially include the death penalty for homosexuals.

At the same time the government is providing $544,813 in funding for Crossroads Christian Communications -- an Ontario-based evangelical group that produces television programming -- to help dig wells, build latrines and promote hygiene awareness in Uganda through 2014.

Until Tuesday, the organization's website carried a list of "sexual sins" deemed to be "perversion": "Turning from the true and/or proper purpose of sexual intercourse; misusing or abusing it, such as in pedophilia, homosexuality and lesbianism, sadism, masochism, transvestism, and bestiality."

Lower down the page, the group asks sinners to "repent."

"God cares too much for you (and all of His children) to leave such tampering and spiritual abuse unpunished," according to the group's website.

Just hours after The Canadian Press contacted the group to ask a spokesperson about the site, the page in question disappeared from public view.

The organization is being funded by the Canadian International Development Agency. Just a few days ago the Quebec government announced its desire to create its own parallel agency because it no longer supported CIDA's policy choices.

This particular funding choice may also conflict with the federal government's own statements.

Last October, Baird denounced abuses against gays and lesbians and specifically singled out Uganda in a speech at an international conference in Quebec City.

"We will speak out on the issues that matter to Canadians -- whether it is the role and treatment of women around the world, or the persecution of gays," Baird told the Inter-Parliamentary Union conference.

"Canada will speak out."

In that speech, Baird shared the story of a Ugandan gay-rights advocate who was bludgeoned to death in his own home.

That speech provoked an angry reaction from the head of the Ugandan delegation, Rebecca Kadaga, who accused Baird of "arrogance" and "ignorance" and demanded an apology.

Crossroads defends its position on homosexuality as grounded in scripture.

"Crossroads' views on sexuality are informed by our Christian faith and values," spokeswoman Carolyn Innis told The Canadian Press in an email.

She said the projects funded by CIDA do not include evangelical work and are focused on specific objectives.

On the group's website, under the section "Who We Are," the group describes its mission the following way -- "Our motivation: To communicate a visible expression of God's love, and contribute to the transformation of lives around the world."

But that doesn't mean the group is getting involved in Uganda's homosexuality debate, Innis said.

"It has not been a practice of Crossroads to influence matters of policy in countries in which we are completing relief or development projects," she said.

"It's unacceptable that the government would accept that kind of organization as an international-co-operation organization," Foster said.

"Taxpayers' money should not be used to finance religious groups working abroad, who furthermore contribute to the creation of discriminatory -- even inhumane and dangerous -- policy."

Foster calls it a "dangerous" shift from the government toward using religious groups to perform international development work.

He's not alone to perceive a trend.

A study by the Canadian Research Institute on Humanitarian Crisis and Aid concluded that, between 2005 and 2010, the funding for religious non-government organizations increased 42 per cent. Secular groups saw an increase of five per cent.

Prime Minister Stephen Harper has been asked about that disparity.

"We consider the efficiency of projects," Harper replied during a Montreal news conference last month. "(We) do not consider the religion of groups promoting these projects."

As for Crossroads' opinion on homosexuality, the government sought to keep its distance.

"Our government does not endorse these particular views," Rick Roth, a Baird spokesman, said in an email.

"Canada's views are clear -- we have been strongly opposed to the criminalization of homosexuality or violence against people on the basis of their sexual orientation."

The minister responsible for CIDA, Julian Fantino, has also said funding is doled out "on merit."

A CIDA spokeswoman, Amy Mills, added in an email: "Canada's views are clear -- we have been strongly opposed to the criminalization of homosexuality or violence against people on the basis of their sexual orientation."

She offered no comment on Crossroads' views on homosexuality.

An anti-gay bill was returned to the order paper for debate in Uganda's parliament last week. The MP who tabled it has spoken of replacing the death penalty with prison sentences, but it's unclear what the final version of the legislation might look like.