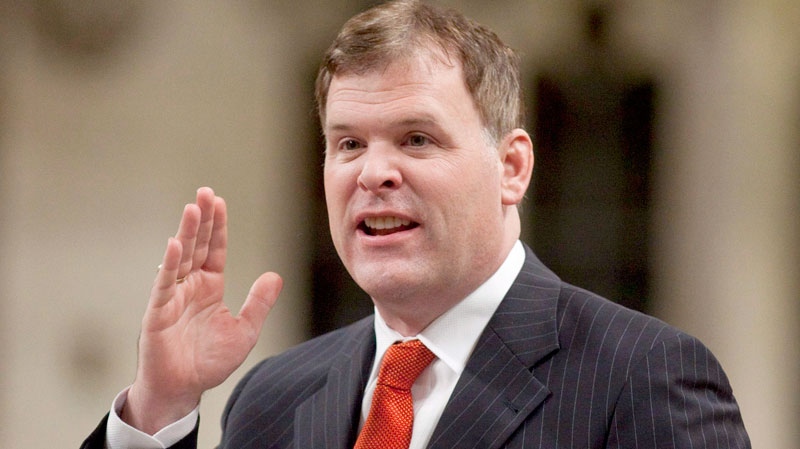 The Harper government has no plans to follow a U.S. initiative to slash the greenhouse gas emissions of big polluters -- even though Ottawa has pledged to harmonize its climate policies with the Americans.

The White House, stung by its failure to legislate a cap-and-trade bill before the recent congressional elections, has a Plan B set to be implemented within weeks.

The new U.S. rules -- passed by executive order -- are aimed at curbing emissions from large industrial facilities like refineries and cement factories. They go into effect Jan. 2.

Canadian climate experts say this country could contain the pollution growth from its own industries, notably the oilsands, by introducing similar standards north of the border.

"It's very, very preliminary stuff on energy efficiency," said Baird, who said he hadn't heard about the new U.S. rules before being contacted by The Canadian Press.

"Any national standards in the United States on energy efficiency in GHG (greenhouse gas) reduction, obviously, we would very seriously look at adopting -- unless we're doing something that's better or higher in Canada."

The first step tightens rules for existing facilities planning any expansion that would increase emissions. Then, starting in July, the rules will be extended to include newly constructed facilities.

The EPA says its regulations target operations that produce nearly 70 per cent of U.S. greenhouse gas emissions from stationary sources.

The agency estimates the more stringent rules will require first-time permits for about 550 sources between 2011 and 2013. It also expects an additional 900 permits for new and modified projects each year.

An associate director at the Pembina Institute said while the U.S. rules are weaker than a cap and trade system, they could be used to curtail emissions from Canada's rapidly expanding oilsands.

"That's the source of the vast majority of the growth in our industrial greenhouse gas emissions in Canada," Clare Demerse said of the oilpatch.

"Certainly in Canada, we would like to see something that is across the entire economy, but absolutely we have an urgent need to start controlling the greenhouse gas pollution from the oilsands sector."

Ottawa has repeated its mantra that Canada must remain in lockstep with the U.S. when it comes to climate policies, legislation and regulation.

It has argued that moving forward without the U.S. would damage the Canadian economy, creating roadblocks for Canadian companies that American competition would not have to face.

Federal opposition parties and environmentalists say Canada shouldn't tail anybody when it comes to climate change.

"Canada doesn't wait for the U.S. to set its defence policy or on health care or on other things," Demerse said.

But since Canada has promised to follow the U.S. climate agenda, she said, the Conservative government should implement the industrial regulations.

"How can you say you're harmonized if you're not even attempting to do this?" Demerse said.

Baird, who recently took over the environment portfolio from Jim Prentice, highlighted how Canada did align with the U.S. earlier this year in proposing regulations to reduce tailpipe emissions.

He said Canada went even further than the Americans when it announced a plan to phase out conventional coal-fired electricity.

But when it comes to the new U.S. initiative, Baird insists more work needs to be done before Canada gets on board.

The minister said he would rather fight for something more comprehensive that targets pollution from existing large emitters.

Baird also noted that Texas, the largest greenhouse-gas producer in the U.S., has refused to meet the federal guidelines.

"These aren't national standards," said Baird, who will attend the United Nations Climate Change Conference that begins this week in Cancun, Mexico.

"Obviously, we can't have a patchwork of systems, we've got to have national."

In the U.S., the rules have been a divisive topic.

The EPA rules, crafted under the federal U.S. Clean Air Act, have also proven to be contentious in Washington.

The Obama administration narrowly defeated a Republican-led effort in June to restrain the EPA. A Senate resolution that challenged the rules was voted down 53-47.