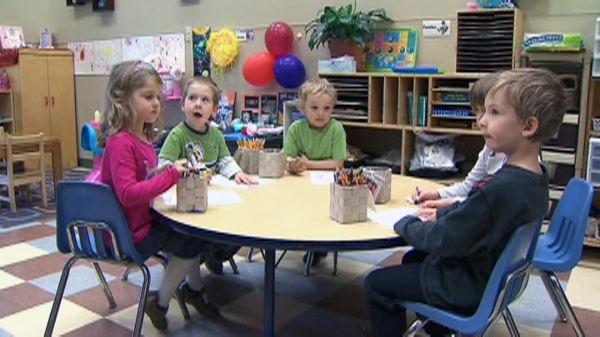 Canada's population of seniors is higher than ever before thanks to the nation's aging cohort of baby boomers, the latest census data reveals.

Just as demography experts had predicted, the 2011 survey released Tuesday shows the population of people over the age of 65 has ballooned and is expected to keep growing.

Moving forward, this massive influx of seniors is expected to influence policy decisions related to hot-button topics ranging from healthcare to pensions.

Simultaneously, Canada has seen an 11 per cent increase in babies and toddlers between 2006 and 2011. The swell of children aged four and younger marks the most notable burst of growth since the post-war baby boom.

For the first time in 50 years, the number of children in this age bracket grew in every part of the country. Alberta accounted for the biggest increase in youngsters (20.9 per cent), followed by Saskatchewan and Quebec.

The Prairie baby bump is due in part to the influx of immigrants, as well as to the steady birthrate among the region's First Nations populations.

"The non-aboriginal population isn't growing at a rate it would take to benefit the labour force," University of Winnipeg Professor Jacqueline Romanow told CTV News. "So this provides us with lots of opportunities."

While the baby boom creates new possibilities in some communities, it also creates problems. In Winnipeg, schools and daycares are filled to capacity. Some children have been on waiting lists since before they were born.

"People are desperate," Cathy Gardiner of Winnipeg's Learning and Growing Daycare told CTV. "It's hard to say no every day. It's hard to give them an alternative because there are no alternatives."

Despite the apparent resurgence of toddlers across Canada, the latest census findings were dominated by statistics about seniors and a momentous flood of people heading out of the workforce and into retirement.

Canada's senior population -- classified as being over 65-years-old -- has grown 14.1 per cent since last count. It now stands at nearly five million people, a number that's expected to climb as the younger edge of the baby boomer wave ages.

At the same time, demographer David Foot notes that members of Canada's senior population are leading lives that are longer and healthier than their predecessors.

"Life expectancy has been going up about two years a decade," Foot, author of the bestselling book Boom, Bust & Echo told CTV News Channel on Tuesday.

This type of progress, he said, renders societal age-markers almost irrelevant. Labels such as "Freedom 55" and senior-citizen status past age 65 are becoming moot.

It's a quandary Foot predicted in his book, where he also argues that many "seniors," or people now in their 60s may want to keep working -- though not necessarily full-time.

Even with a marked increase in children under four, the latest census findings paint a portrait of an aging nation that continues to mature.

Young people under 15 years of age have reached near-statistical gridlock, inching up just 0.5 per cent over the past five years. The increase appears to be paltry when stacked up against record growth in the senior age bracket.

With the latest development, the median age in Canada has climbed to 40.6. The figure is the nation's oldest median age ever, up from 39.5 five years ago.

For Foot, this data suggests Canada must re-evaluate the way it manages its workforce.

"Apprenticeships used to allow us to ease into the workforce when we were young. We should now be establishing strategies to help us ease out of it," he said.

An oft-repeated concern is that boomers may be staying in the workforce longer, leaving no room for younger workers to enter. A global recession in 2008 added to the fretting, with many predicting boomers would be delaying retirement to recoup losses.

But, in Foot's eyes, allowing older workers to continue working and therefore paying taxes may also help offset healthcare expenditures down the road.

"Let them work three days a week for 60 per cent salary. Let them work mornings, then have the afternoons off for half salary," he proposed.

Retirement home director Starlene Stewart said she needs "double the staff" to deal with the influx of seniors.

"I would like to have unlimited economic resources," Stewart told CTV News.

"Everyone, young and old, are going to have to pay higher taxes than they are paying now," Gray told CTV.

An older workforce, he says, will lead to increased income inequality "because older people tend to earn more money and have more wealth."

In his opinion, younger workers have taken note of this trend and the issue has been at the heart of several recent displays of civic action. He listed the G20 protests, Quebec tuition protests and global Occupy movement as examples.

• A large working-age population: Those considered to be "working age" -- 15 to 64 -- accounted for 68.5 per cent of the Canadian population in 2011, the highest proportion of all G8 countries except Russia.

• The census revealed that in 2011 there were more people in Canada aged 55 to 64, typically the group where people are poised to leave the labour force, than those aged 15 to 24 – a demographic that's on the cusp of entering the workforce.