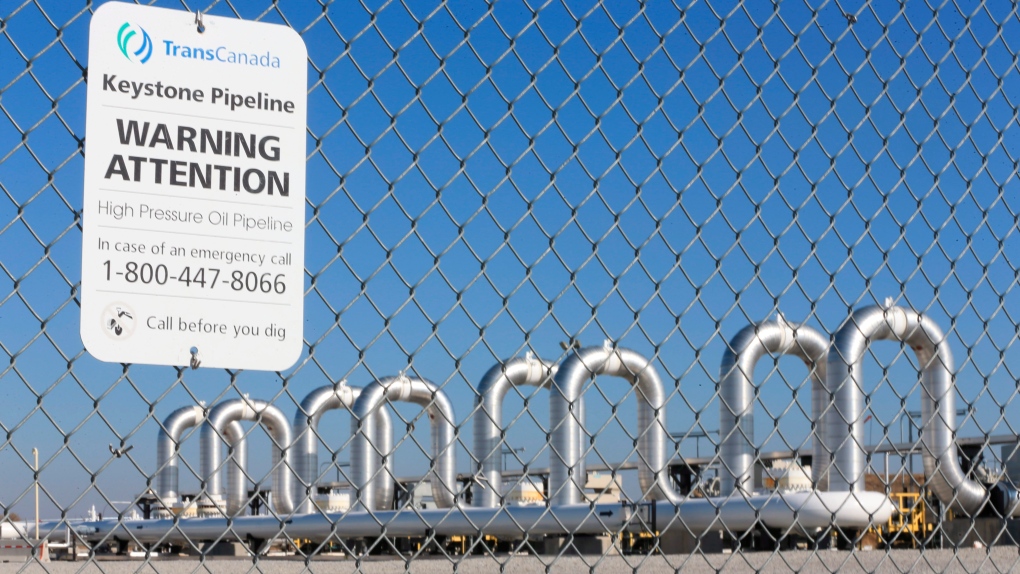 The approval covers about 72 kilometres of the line's route across land in Montana controlled by the Bureau of Land Management and the U.S. Army Corps of Engineers, said Casey Hammond, assistant secretary of the Interior Department.

The 1,930-kilometre pipeline would transport up to 830,000 barrels of crude oil daily from western Canada to terminals on the Gulf Coast. Project sponsor TC Energy has said it wants to begin construction of the long-delayed line this year, but that's sure to face more legal challenges.

The 74-kilometre stretch includes all federal land crossed by the line, Hammond said. Much of the rest of the route is across private land for which TC Energy has been assembling permission to build on.

Opponents worry burning the tar sands oil will make climate change worse, and that it could break and spill into waterways like Montana's Missouri River.

TC Energy of Canada first proposed the project more than a decade ago but has been unable to get past numerous lawsuits. President Donald Trump has been a strong supporter and revived Keystone XL after the Obama administration was rejected.

Hammond said Interior officials and other agencies have done a thorough review of the line's potential effects on the environment. He said TC Energy had provided detailed plans to respond to any spill from the line.

"We're comfortable with the analysis that's been done," Hammond said.

An attorney for environmental groups that have sued to overturn Trump's permit for the line said they will ask the judge in the case to issue an order blocking Wednesday's approval.

"We know President Trump's permit was unconstitutional, and we have every confidence that the federal courts will set aside these approvals," said Steve Volker, who represents the Indigenous Environmental Network.

U.S. District Judge Brian Morris in Montana initially denied a request from environmentalists to block construction in December because no work was immediately planned. But he also has ruled against the project, including a 2018 decision that stalled the line and prompted Trump to issue a new presidential permit for Keystone XL to cross the U.S.-Canada border.

In Nebraska, the state Supreme Court removed the last major obstacle for the project in August when it ruled in favour of state regulators who had approved a route for the pipeline in 2017.

The court upheld the Nebraska Public Service Commission's 3-2 vote to allow construction, despite opponents' arguments that the commission didn't follow all of the procedures required by state law.