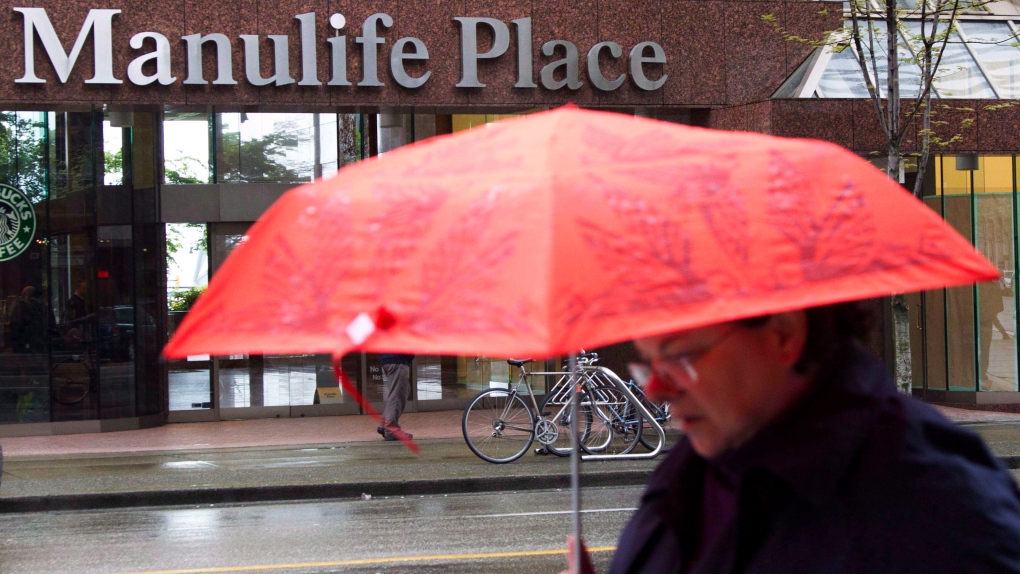 A pedestrian walks past the Manulife building in downtown Vancouver, on May 3, 2012. THE CANADIAN PRESS/Jonathan Hayward

Last year, Fintrac fined the bank $1.15 million, but it withheld the bank's identity, saying it was exercising its discretion to do so.

"Although we operate at the highest ethical standard, we are capable of administrative errors. They were remedied in the first half of 2014," the company said.

"There is no evidence to suggest that the administrative reporting violations were connected to any financial misconduct."

"One violation involved a customer who had already been reported to law enforcement and Fintrac by Manulife. Additional information released by Fintrac in 2016 shows that Manulife proactively worked with law enforcement in both Canada and the United States in relation to the matter underlying the one suspicious transaction report (STR) violation, including advising law enforcement prior to the failure to file this one STR."

Manulife Financial (TSX:MFC), one of the country's biggest financial services businesses, said it considers the matter closed and doesn't plan further comment. A spokesman declined to answer any questions on the matter.

Since March 2012, Fintrac has meted out $3.54 million in fines against 79 entities. Manulife Bank is the only bank to have been fined by Fintrac in that time and its penalty is the largest of any that the federal agency has issued.

Experts speculated Fintrac's decision to not name Manulife Bank could have come from an agreement whereby Manulife agreed not to pursue an appeal and pay the $1,154,670 fine in exchange for anonymity. Neither Fintrac nor Manulife have confirmed such a deal took place.

The office of Finance Minister Bill Morneau deferred comment to Fintrac, which did not immediately respond to requests for comment.