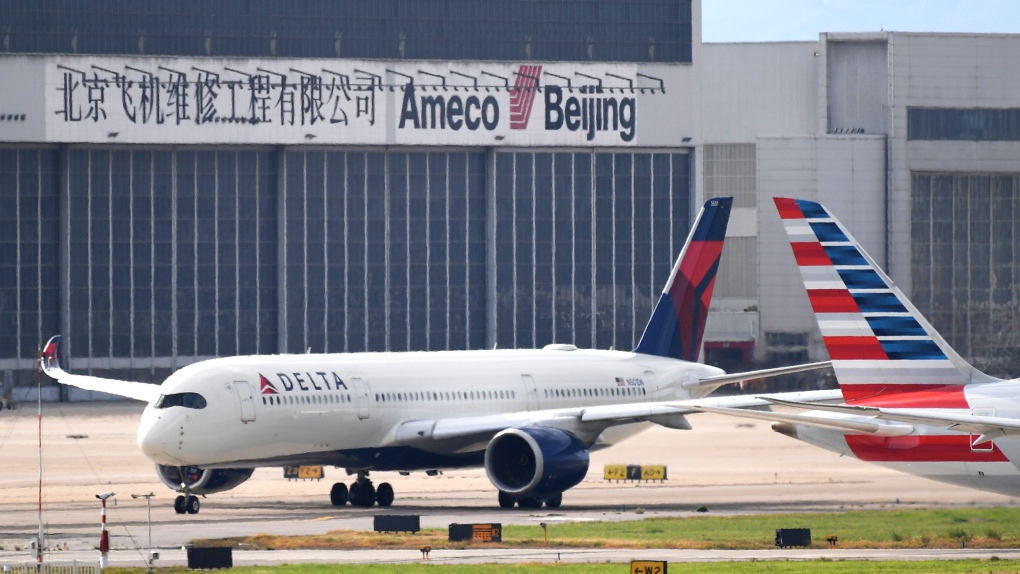 Delta said it will suspend flights between the United States and China starting on Sunday until at least April 30, according to a press release.

That's four days earlier than it had initially planned. Delta's last China-bound flight leaves on Saturday, February 1 and its last returning flight from China to the United States leaves on Sunday.

Delta moved the date up after the U.S. State Department warned this week that people should not travel to China due to concerns about the spread of coronavirus, which was first discovered in Wuhan, China, in December.

Almost 12,000 cases have been confirmed worldwide, with more than 11,800 of those in China. At least 26 other countries have reported cases, including three in Japan, two in the U.K. and two in Australia Saturday.

Fears over the pandemic have rattled global stock markets and forced both U.S. and global carriers to amend their flight schedules as demand for China travel declines.

American Airlines, which canceled all flights to mainland China starting Friday, confirmed Saturday that it had also scrubbed flights to Hong Kong through Monday. It "will make decisions about Hong Kong flights each day based on our operational situation," said American, the largest U.S. carrier, in a statement.

Its pilots' union had taken issue with Hong Kong's proximity to China and potentially to the virus.

"While Hong Kong is a special administrative region, this virus does not recognize such a geopolitical wording," said Captain Dennis Tajer, spokesperson for the Allied Pilots Association, which represents 15,000 American Airlines pilots. "Just look at the map. Hong Kong geographically is a landmass that's part of China. The geopolitical issues, which we obviously respect, the virus doesn't."

The union this week sued the company to immediately halt its U.S.-China service, citing "serious, and in many ways still unknown, health threats posed by the coronavirus." As of Saturday, the lawsuit is still pending a judge's decision, according to Tajer.

United Airlines said Friday it was suspending flights from its U.S. hub cities and Beijing, Chengdu and Shanghai from February 6 to March 28. Until next week, the carrier will "operate select flights to help ensure our U.S.-based employees, as well as customers, have options to return home," it said in a statement.

British Airways, Air Asia, Cathay Pacific, Air India, IndiGo, Lufthansa and Finnair have announced plans this week to slash the number of flights they are operating to China or stop flying to the country entirely. Other airlines are offering customers refunds.

U.S. President Donald Trump announced on Friday that as of Sunday at 5 p.m. EST, foreign nationals who have been to China in the past 14 days are barred from entering the United States. U.S. citizens and permanent residents are still allowed to enter. Those who have been to Hubei province, which includes Wuhan, the virus' epicenter, in the past 14 days must go through mandatory quarantine.

No need to change Canada's plans after WHO declares global emergency: officials