Luxury home sales fell by 60 per cent in the GTA, Oakville and Hamilton: RE/MAX 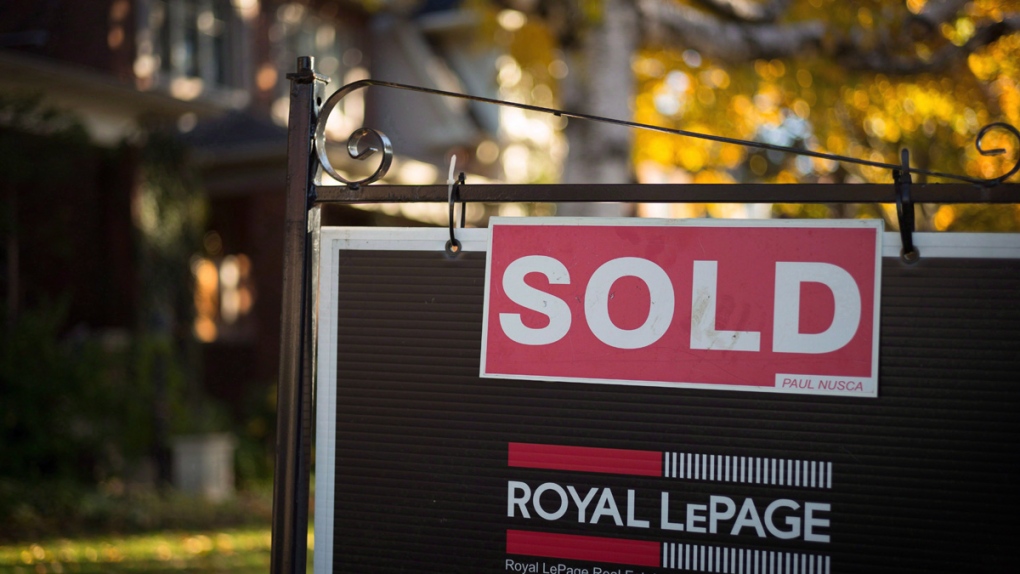 A real estate sold sign in front of a west-end Toronto property on Nov. 4, 2016. (Graeme Roy / THE CANADIAN PRESS)

TORONTO - Luxury home sales in the Greater Toronto Area, Oakville and Hamilton-Burlington have fallen by almost 60 per cent year-over-year, according to a RE/MAX report.

The real estate company says 76 freehold and condominium properties in the GTA sold for more than $3 million between Jan. 1 and Feb. 28, down from 180 sales during the same period last year.

In Oakville, six homes in the same price range sold early this year, in comparison to 15 a year ago.

Though RE/MAX says the luxury market's record-breaking pace from last year has slowed, it is still expecting plenty of activity this year.

Already RE/MAX says it has seen increases in luxury home sales in the GTA's Kingsway/Princess Anne Manor and Rosedale neighbourhoods, where 10 homes have sold so far this year, including the most expensive one for $8.4 million.