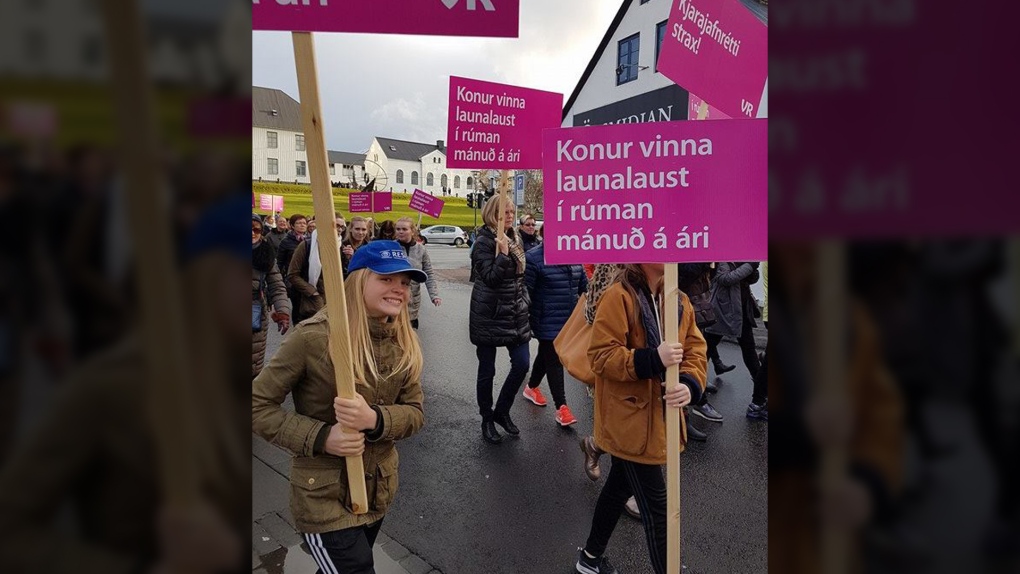 A new law in Iceland is requiring all companies to prove that their wage practices don't discriminate against women, in what is thought to be a global first in the effort to reduce gender pay gaps.

The law, which was passed with a large majority by parliament in June, took effect at the New Year. It seeks to erase a current pay gap between men and women of about 5.7 per cent that can't be explained by differing work hours, experience or education levels, as measured by Statistics Iceland.

While other countries, and the U.S. state of Minnesota, have equal-salary certificate policies, Iceland is believed to be the first to make it mandatory for both private and public firms.

The North Atlantic island nation, which has a population of about 330,000, wants to eradicate the gender pay gap by 2022. The country has a female prime minister, Katrin Jakobsdottir, and ranks first on the World Economic Forum's global gender equality index.

Employers' associations came out against the law, saying that it imposed costly compliance burdens and involved too much government interference in the labour market. Some academic economists also were skeptical of the certification requirement, arguing that the gap resulted from non-gender related factors that would be apparent if the statistical measures were perfect