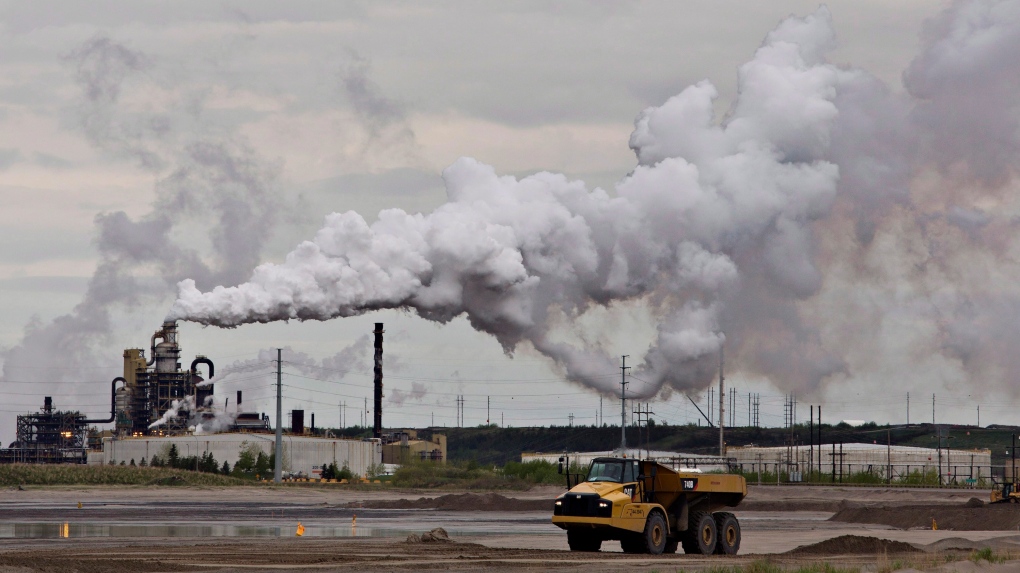 A dump truck works near the Syncrude oil sands extraction facility near the city of Fort McMurray, Alta., on June 1, 2014. (THE CANADIAN PRESS/Jason Franson)

CALGARY -- The developer of a 12,000-barrel-per-day thermal oilsands project approved Thursday by the Alberta government says actually going ahead with construction depends largely on when new pipelines can be in service.

President Serge Bisson of privately held Grizzly Oil Sands ULC says the company will now meet with its owners, Wexford Capital LP with 75 per cent and Gulfport Energy Corp. with 25 per cent, to discuss how to proceed with the May River project, which is estimated to cost more than $200 million to build.

He says he's encouraged by a ceremony held this week near Edmonton to mark the start of pipeline construction for the Trans Mountain pipeline expansion.

Bisson says the approval has been a "long time in the making," noting an application was filed six years ago with the Alberta Energy Regulator and the project was deemed complete about four years ago.

On its website, Grizzly says the May River property was purchased in 2012 for $225 million and the regulatory application filed in December 2013.

In a news release, Alberta Energy Minister Sonya Savage says the approval shows the province is "open for business."