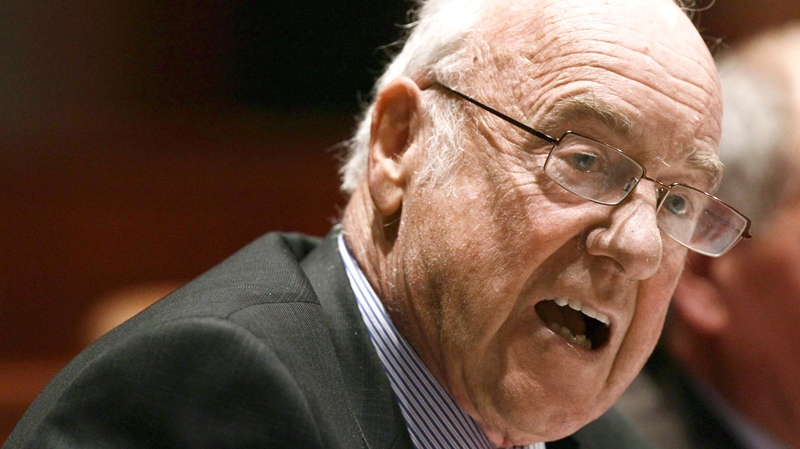 VANCOUVER - Taser International's legal challenge of the Braidwood commission is not only baseless, but an abuse of process, a provincial government lawyer told a B.C. Supreme Court judge Friday.

Lawyer Craig Jones said the petition by Taser was such a "waste of precious judicial resources" that he may be making the unusual request for the court to award legal costs to the provincial government.

The weapons maker is "manipulating the courts" by saying its stun gun holds no risk of death in Canada, while asserting the reverse in the United States, Jones said in a written submission to the judge.

Earlier in the week, government lawyers pointed to a Taser training bulletin that recommends users aim the device away from the heart to "avoid the remote potential risk of cardiac effect."

But Taser countered that it has never admitted the weapons are dangerous, and that the phrase was simply inserted to prevent potential lawsuits.

"The Braidwood Report is making life difficult for Taser -- it finds itself legally compelled to admit to risks it continues to deny in other contexts," the submission states.

"If it can get the report quashed on technical grounds related to procedural fairness its litigation strategy internationally will be advanced and its marketing efforts protected."

Taser is petitioning B.C. Supreme Court to throw out the portion of Commissioner Thomas Braidwood's report about the safety of the stun guns.

The retired judge concluded the weapons can kill.

The public inquiry was called in the months after Robert Dziekanski was repeatedly jolted by an RCMP Taser and died on the floor of the Vancouver airport.

Taser's lawyers argued at the start of the hearing that it was treated unfairly in the inquiry, and conclusions were reached that weren't supported by facts.

Jones argued the affidavit shows the company may have asserted it wanted the opportunity to communicate recent research findings, but instead merely intended to protect its own legal position in U.S. litigation.

He argues it "would be a shame" if the conduct of the company passes "without comment or condemnation," given the expense imposed on the B.C. taxpayers. As such, he requests the court "invite submissions on costs" after the judge issues his decision.

Lawyers for all parties wrapped the week of arguments Friday before Judge Robert Sewell, who reserved his ruling without giving a date for his decision.

"I want to thank all counsel for their most thorough, able and interesting submissions," Sewell said when the proceedings had concluded.