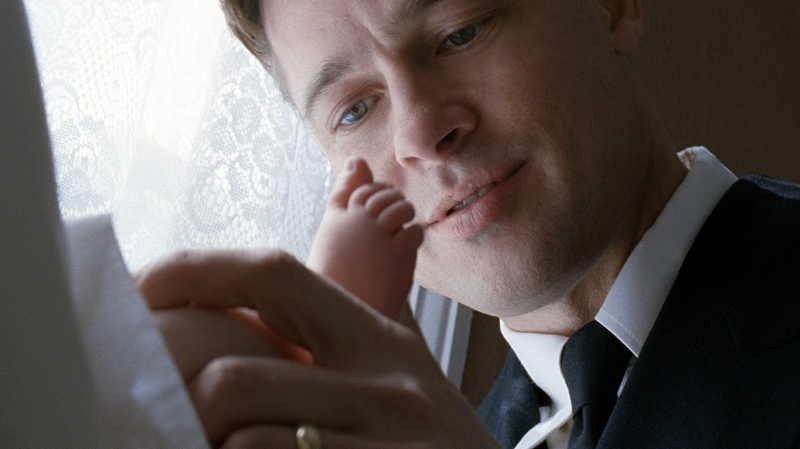 Brad Pitt in Fox Searchlight Pictures' 'The Tree of Life'

Brad Pitt says one of the lowest points of his life was being dumped by his ex-fiancee after he flew to Budapest to see her.

The 47-year-old star was left stunned when actress Jill Schoelen -- who he was engaged to for three months in 1989 when he was a young and struggling actor -- asked him to spend the last of his money on a plane ticket to the Hungarian capital, only for her to tell him she had fallen for another man.

The 'Tree of Life' star told The Sun newspaper: "She called me up in Los Angeles and was crying on the phone. She was lonely and there was a huge drama. At this point I had $800 to my name and I spent $600 of it getting a ticket from Los Angeles to Hungary to see her.

"I got there, went straight to the set where she was filming and that night we went out to dinner. She told me that she had fallen in love with the director of the film. I was so shocked I said, 'I'm outta here.' "

However, Brad now believes the experience was character building and when he recalls the night it makes him appreciate everything he has now, both in his career and his personal life.

The Hollywood actor -- who is in a long-term relationship with Angelina Jolie, with whom he raises six children Maddox, nine, Pax, seven, Zahara, six, Shiloh, four and two-year-old twins Knox and Vivienne -- said: "I spent my night in Budapest, sitting on a bench, smoking, with just a local bum to talk to who couldn't speak English. These are the days and nights you remember when you have success. I returned to America absolutely broke. This is why recognition does not bother me too much."