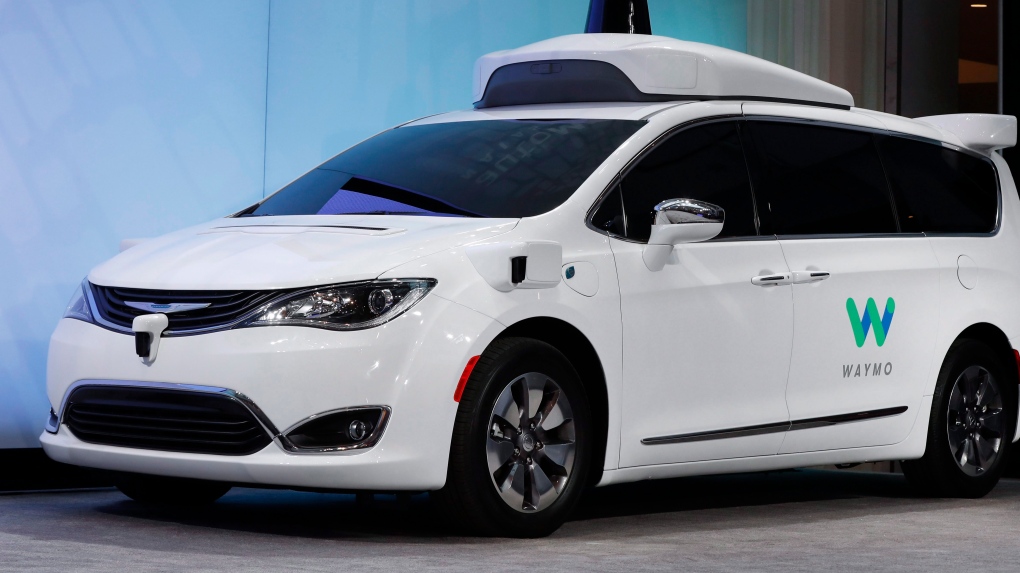 FILE - In this Jan. 8, 2017, file photo a Chrysler Pacifica hybrid outfitted with Waymo's suite of sensors and radar is displayed at the North American International Auto Show in Detroit. (Paul Sancya, File / AP)

PHOENIX -- Five months after Uber pulled its self-driving cars out of Arizona following a fatal accident, Google spinoff Waymo is putting the technology back on Phoenix streets in partnership with the city's transit system.

Valley Metro, the agency that oversees metro Phoenix's light rail and buses, had already been in talks about partnering with Waymo for several months before the accident last March that killed a pedestrian. The company's safety record is impeccable, but they are always trying to improve, Valley Metro CEO Scott Smith said Wednesday.

"As tragic as the Uber accident was, what it did do was it pointed out to everybody, including Waymo, that there was a higher standard that needed to be met," Smith said. "It caused them to not only continue with what they were doing, but really step it up."

Waymo announced in a blog post Tuesday a pilot program that would allow riders to hail an autonomous car to the nearest Valley Metro transit stop. Riders would order a vehicle through the Waymo app.

Valley Metro employees will be the first to try out the technology. The cars, which are about the size of mini-vans and have the Waymo logo prominently displayed, will likely be staffed with Waymo employees, Smith said.

The program is more of a research project, for now, with the company trying to gather data about the experiences of riders, Smith said. Most riders live and work within half a mile of their transit stop, making the public transportation unappealing for others. A driverless car service could change that.

"There are some people who are saying that this new technology will replace or make public transportation irrelevant, obsolete. We don't believe that," Smith said. "We believe this will expand our ability to serve."

Valley Metro and Waymo are sharing the costs. Valley Metro's board approved $200,000 in spending over the next two years toward operation of the cars.

The goal is to bridge the gap for travellers who may have difficulty getting to a bus or light rail line, Waymo said in a statement.

The initiative comes in the wake of more scrutiny on driverless technology. A self-driving Uber car struck and killed Elaine Herzberg in March in the Phoenix suburb of Tempe. Herzberg, 49, was crossing a darkened road outside of a crosswalk. An investigative report by the National Transportation and Safety Board showed the backup driver had been streaming a television show for more than 40 minutes before the accident while the car was in autonomous mode.

Uber later ended the testing of self-driving cars in Arizona. But the company took its first step toward relaunching its autonomous vehicles in Pittsburgh last week. A handful of vehicles were back on the road with some safety modifications to the cars and driver training.

A spokesman for Waymo declined to comment Wednesday on the Uber incident. CEO John Krafcik previously said the accident hit close to home for the company but that he was confident their technology could handle situations like the pedestrian collision in Tempe.