Luxury hypercars we're waiting for in 2019 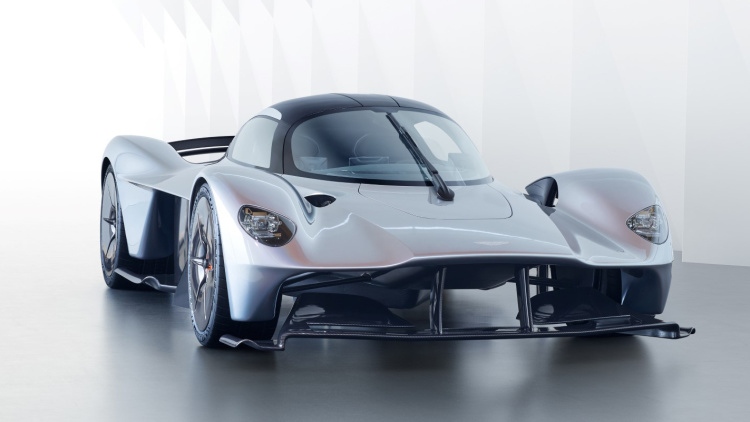 The Aston Martin Valkyrie and McLaren Speedtail top the list of luxury hypercars that we're excited to -- hopefully -- see in 2019.

News of the Aston Martin Valkyrie has been trickling in since 2017. Most recently, the company revealed the specs of its powerful engine, which is capable of 11,000 RPM and a top speed around 250 mph, thanks to the naturally-aspirated 6.5-liter 65° V12. Reports claim that the $3.2 million hypercar will finally make its debut sometime in 2019, though all 25 production models are already sold out.

Setting owners back at a whopping $2.4 million, the Speedtail was designed to replace the now-discontinued McLaren P1, increasing the horsepower to 1,035 hp from 903 hp. This hypercar can go from 0 mph to 182 mph in just under 13 seconds, and to its top speed in 250 mph. Though the car, whose 106 expected models have already been sold out, is scheduled to be delivered in 2020, we can expect to see a show appearance sometime over the upcoming year.

While the Mercedes-AMG Project One was first unveiled last year at the 2017 International Motor Show in Germany, the 275 model units -- each priced at $2.72 million -- have yet to make it out to their owners. The exact horsepower that the modified 1.6-liter turbocharged 90-degree V6 engine can produce has not been confirmed, but it's said to be substantially over 1,000 hp. The car can potentially reach 124 mph from 0 mph in less than six seconds, and the top speed is allegedly more than 217 mph -- for a hybrid hypercar, those numbers aren't too shabby.

Lamborghini has been fairly evasive about the upcoming LB48H hypercar, which several reports claim will "glow in the dark." The model is expected to be powered by a hybrid V12, but that's as much as we know for now. The company stated that it showed the $2.5 hybrid hypercar to prospective buyers back in June, though it doesn't appear to have been made available for purchase yet. With the LB48H allegedly having gone into production at the end of this year, it's likely we'll be seeing it on the streets in 2019. When it does go on sale, like all the others on this list, it'll probably sell out pretty quickly -- better have your eyes peeled and your hefty wallet ready.