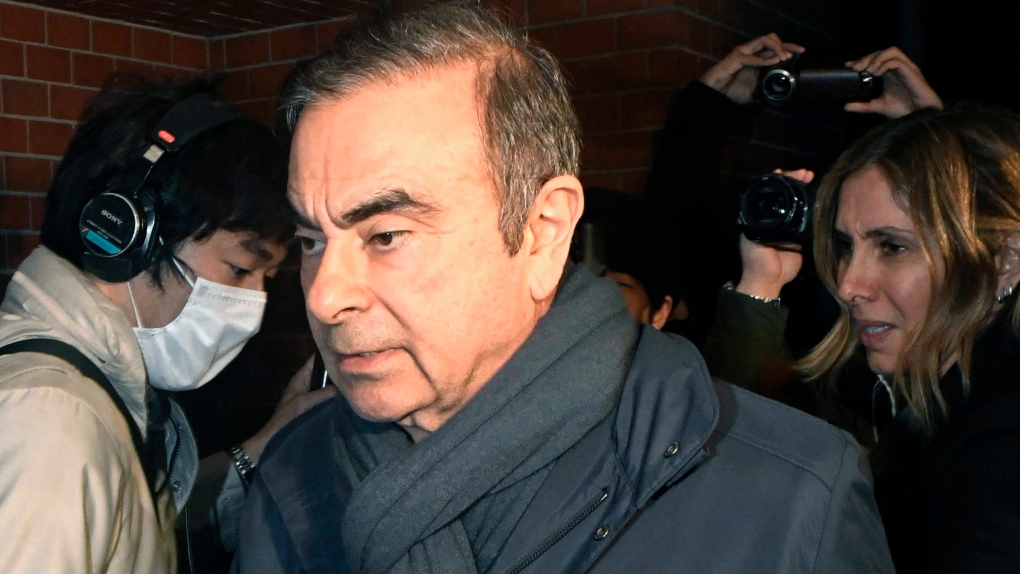 TOKYO -- Nissan's former Chairman Carlos Ghosn is being allowed to talk to his wife after an eight-month ban on such contact while he awaits trial on financial misconduct charges.

Prosecutors had argued contact between him and Carole Ghosn ran the risk of tampering of evidence and fabricated story lines. Defence requests to let the couple communicate were rejected six times before the Tokyo court granted permission Friday.

The Ghosns can talk for one hour by video call in the presence of lawyers, and the content of their discussion is restricted and must be reported to the court.

Prosecutors appealed the latest decision, but the court rejected their appeal, according to Ghosn's spokespeople. Other details were not available.

Ghosn, who is out on bail, says he is innocent. He has been charged with under-reporting promised compensation and breaching trust in dubious payments.

Ghosn was first arrested a year ago, was granted bail, but again taken into custody earlier this year, before being granted bail.

Ghosn's defence team says Japanese authorities have violated Ghosn's rights, including by imposing restrictions on communicating with his wife.

"We can assure you that none of this has weakened Mr. Ghosn's resolve. He is determined to fight these meritless allegations vigorously," they said in a recent statement.

Ghosn's lawyers accuse the prosecutors of colluding with Japanese government and Nissan officials to create a false case against Ghosn and destroy his reputation, to oust Ghosn and prevent him from further integrating Nissan and its French alliance partner Renault SA.

They have also argued the under-reported compensation was never agreed upon or paid, and the payments were for legitimate services, and did not enrich Ghosn personally. They note Ghosn turned down job offers with greater pay when he was at Nissan.

Ghosn, one of the auto industry's biggest stars before his downfall, is credited with leading Nissan Motor Co. from near-bankruptcy to lucrative growth.

The date for Ghosn's trial has not been set.

Nissan does not comment on specifics of the criminal proceedings but has promised to strengthen corporate governance. Its profits and sales have tumbled since the arrest of Ghosn.