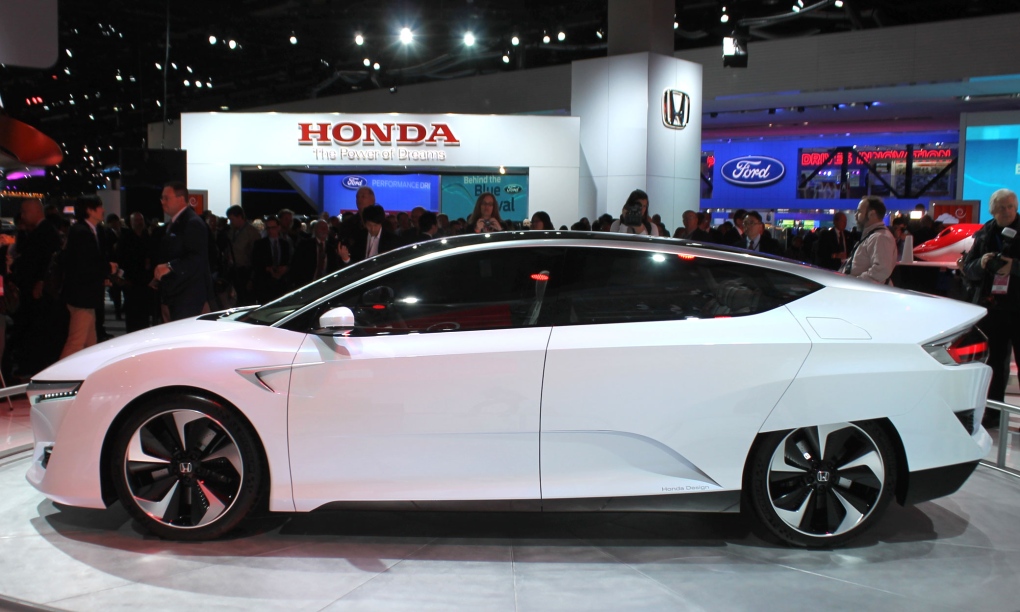 Honda's FCV Concept gave attendees of the Detroit Autoshow a good look at what the automaker's production hydrogen fuel cell vehicle will look like when it goes on sale in 2016.

After its initial release in Japan in March 2016, the FCV will likely be heading to U.S. shores, given Honda has already committed close to $14 million to help build hydrogen refueling stations in California.

The five-passenger Honda FCV should, in production spec, have a driving range greater than 480 km (300 miles) and a refueling time of roughly three minutes, Honda said. A fuel cell stack mounted entirely within the engine bay area means a more roomy interior for the FCV versus other fuel cell vehicles, too.

Honda also promised an all-new plug-in hybrid model (PHEV) and battery-electric vehicle (BEV) were on the horizon, to arrive in about 2018, and that they planned to use their current two- and three-motor hybrid systems across more of their range. The newest generation of VTEC four-cylinder gas engines should be showing up before the end of they year, too.

That wasn't all Honda had in store for us at the North American International Auto Show, though: they also announced their return to F1 racing, demonstrated their Uni-Cub personal mobility vehicle, and had on display a model of their HondaJet business jet aircraft, which we saw in person this past summer at the Oshkosh AirVenture air show.