Ford putting Harley Davidson-themed F-150 back on the market 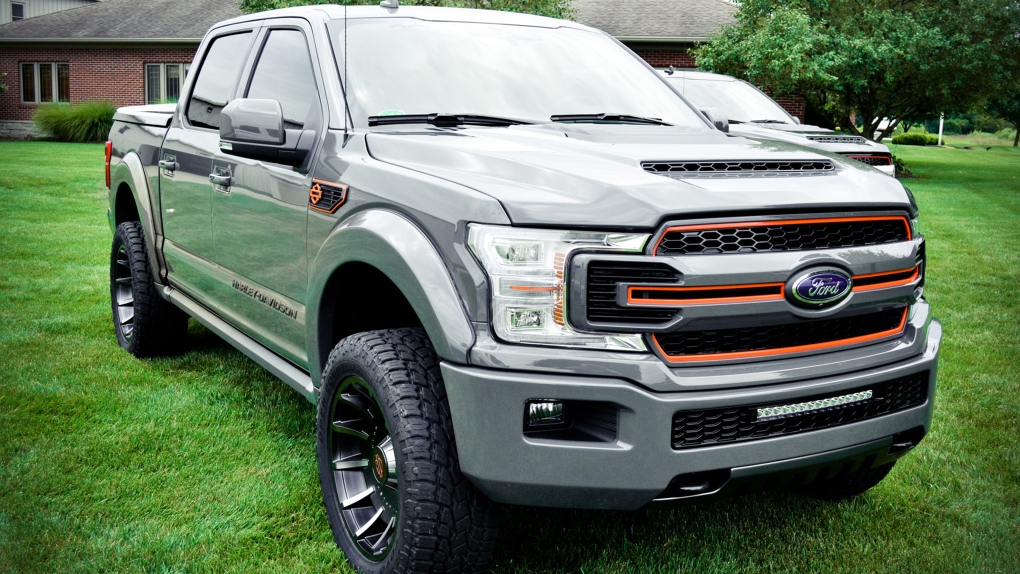 The Harley-Davidson-styled Ford F-150 is making a comeback in Chicago. (Harley Davidson)

The Harley-Davidson-themed Ford F-150, a concept model that went on display last August at the motorcycle brand's 115th Anniversary event, turned out to be so popular and highly-requested that -- at long last -- the motorcycle-styled pickup truck that was in production for over a decade in the early 2000s will be put back on the market.

Last August, specialty vehicle manufacturer Tuscany Motor Co. resurrected the Harley-Davidson-themed pickup in honor of H-D's 115th anniversary; on Wednesday CNET's Roadshow reported that this concept is making a comeback for the Chicago Auto Show, and this time, a production model version will be center stage.

In fact, this is not the first time that a Harley-Davidson - Ford F-150 has been available for purchase; from 2000 to 2012, an H-D Edition was available as an optional package from Ford on the F-150. Over the course of those years, the package was altered and made available for additional truck models, but 2012 was the final year to purchase one of those motorcycle-themed pickups -- until 2019.

For the most part, the newest limited-availability Harley-Davidson F-150 closely resembles the concept model that was shown off last year including the 22" Fat Boy milled aluminum wheels, the updated ram-air hood with Raptor-style inserts, the aggressively-styled LED-equipped front bumper, and the Harley orange detailing around the grille and custom H-D badging. Naturally with a special edition truck comes a hearty, custom lift-kit and new set of high performance shock absorbers.

The iconic Harley orange makes its way to the interior, as well, making an appearance in the new, diamond-stitched upholstery and handful of H-D badges integrated throughout the cabin. Beyond the brushed metal dash, the F-150's standard 5.0-liter V8 engine can be found under the hood but can be upgraded to the 3.5-liter EcoBoost twin-turbo V6.

While Tuscany Motor Co. will be manufacturing the H-D trucks, the model is already available for ordering online. They'll be available at Ford dealerships across the US starting at $84,995, nearly $57,000 more than the standard 2019 F-150.

Nothing compares to level of class and personality in our new Harley-Davidson Truck! #drivetuscany #tuscanyoffroad