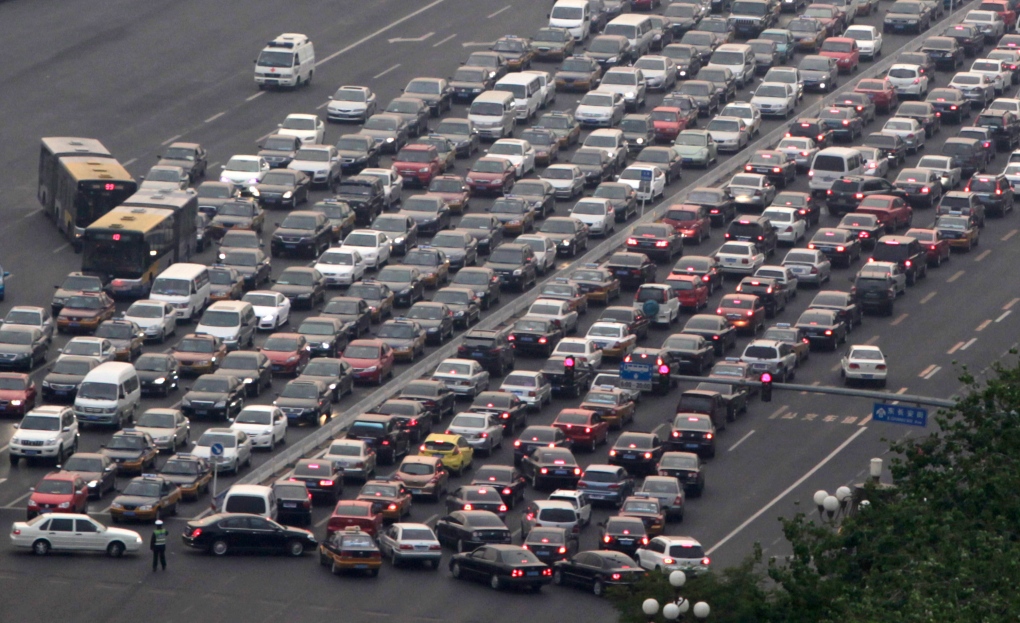 BEIJING -- China's government plans to take 6 million older, polluting vehicles off the road this year in an effort to revive stalled progress toward cleaning up smog-choked cities.

The plan also calls for filling stations in Beijing, Shanghai and other major cities to switch to selling only the cleanest grades of gasoline and diesel, according to a Cabinet statement issued Monday.

The order comes after China failed to meet official pollution-reduction goals for 2011-2013, the statement said. It said vehicles registered before 2005 that fail to meet cleaner emissions standards will be "phased out," though it did not say how.

China's major cities are smothered in eye-searing smog. The country has some of the world's strictest emissions standards, but authorities have refrained from enforcing them until now to avoid forcing older, pollution-belching trucks off the road and hurting small businesses.

Monday's announcement suggests authorities have settled that conflict in favour of environmental protection following reports on the mounting health and economic costs of pollution.

Plans call for retiring 5 million older, polluting vehicles in Beijing, the nearby port of Tianjin and the deltas of the Yangtze River, around Shanghai, and the Pearl River, around the southern business centre of Guangzhou, according to the statement. It gave no details on where the remaining 1 million vehicles due to be taken off the road were.

China has about 240 million vehicles on the road, and half are passenger cars, according to the Ministry of Public Security.

China is the world's biggest auto market by number of vehicles sold. Sales rose 15.7 per cent last year to 17.9 million vehicles. Sales growth is slowing but analysts still expect an increase of 8 to 10 per cent this year.

Taxi fleets and public buses in major cities have been required to switch to cleaner-burning natural gas or battery power. The government is promoting development of an electric car manufacturing industry.

City governments in Beijing, Shanghai and other major cities have imposed curbs on new vehicle restrictions in an attempt to reduce smog and traffic congestion.