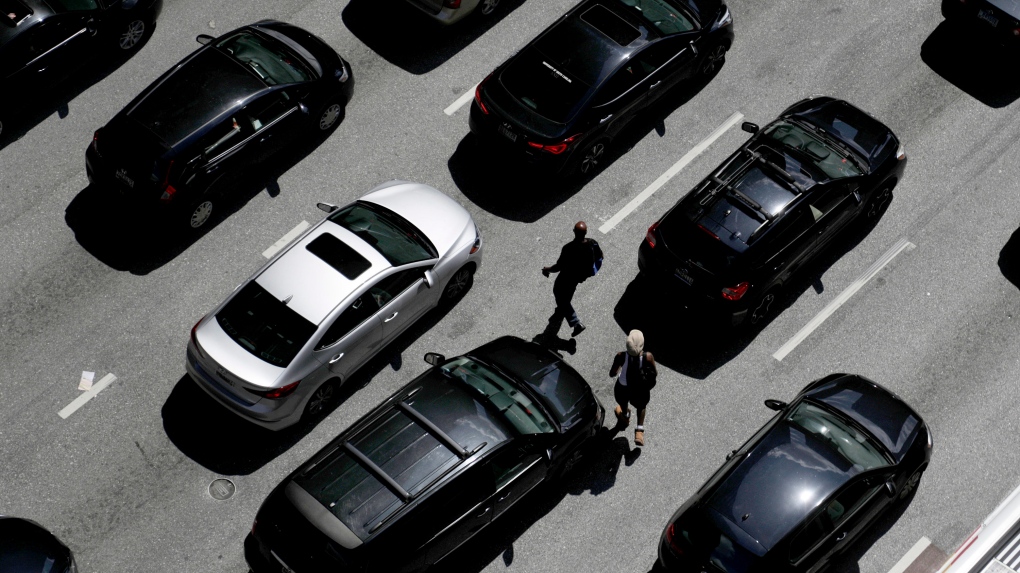 ANN ARBOR, Mich. -- Yes, your sport utility vehicle has gotten smaller and more fuel efficient over the years. But even with those gains, SUVs still are behind cars when it comes to gas mileage.

The reason: SUVs are taller and heavier than cars, and no matter how sculpted their bodies are, they still run into more wind resistance.

"It comes down to the laws of physics," said Jake Fisher, director of auto testing for Consumer Reports. "All things being equal, if you put the same powertrain (engine and transmission) in a vehicle that is taller and heavier, you're going to get better fuel economy out of the car than with an SUV."

A comparison by The Associated Press of the 10 top-selling 2019 SUVs and comparable cars with similar gasoline powertrains found that in all cases, cars beat the SUVs in mileage, in several instances by 14 per cent or more. The comparison is between two-wheel-drive vehicles.

The Detroit Three automakers all have stopped making many of their sedans as buyers shifted dramatically toward SUVs and trucks. But the companies said they would be ready with more efficient gas-powered SUVs as well as hybrid and electric utilities if gas prices spike.

About 70 per cent of new-vehicle sales in the U.S. are SUVs and trucks and 30 per cent cars as buyers opt for higher seating and more space to haul people and goods. It was about 50-50 just six years ago. SUVs also often are all-wheel-drive for better bad-weather performance, and they usually can tow heavier items.

Around a decade ago, many SUVs were based on truck underpinnings, and often their names were preceded by the words "gas-guzzling." But as fuel prices spiked at times during the early 2000s, more efficient car-based SUVs started to gain in popularity.

Large truck-based SUVs are still around now, and they, too, get better mileage. But few gasoline-powered SUVs come anywhere close to comparable cars, according to Environmental Protection Agency estimates.

Another good comparison is Honda's CR-V compact SUV and a similarly equipped Civic compact car. With the same engine and transmission, the Civic gets far better mileage. A two-wheel-drive CR-V gets 30 miles per gallon in combined city and highway driving, but a Civic with the same 1.5-litre turbocharged four-cylinder engine and continuously variable transmission gets 36, or 20 per cent higher. On the highway, the difference is even more pronounced with the Civic's 42 mpg beating the larger CR-V by almost 24 per cent.

Jeep's Cherokee small SUV falls short of the mileage of the discontinued Dodge Dart compact car, even though the Cherokee was updated in 2019 and the Fiat Chrysler stopped making the Dart in 2016. A front-wheel-drive Cherokee with a 2-litre four-cylinder engine gets 26 mpg in city-highway driving, while the Dart mileage with a similar engine is 1 mpg, or 4 per cent higher, at 27.

That's exactly what Sabrina Walker, 28, of Ann Arbor, Michigan, did when she bought her 2010 Toyota RAV4 small SUV. She wanted the added cargo space to haul things for her house, go camping and transport her two dogs. She decided on an SUV, but then picked the RAV4 in part for its mileage. It can get up to 24 mpg in combined driving and 28 mpg on the highway, according to EPA estimates.

"I have a hard time seeing that it's going to happen anytime soon," she said, adding that they'll quickly change back if gas prices drop.

Brian Moody, executive editor of Autotrader, predicts some buyers will return to cars after they no longer need larger SUVs to transport children and their gear. As more automakers cancel car models in favour of SUVs, sedans that are left will be top-notch vehicles, updated with new technology that includes smaller, more efficient turbocharged engines, he said.