Bullet- and grenade-proof Mercedes-Benz SUV is made in Canada 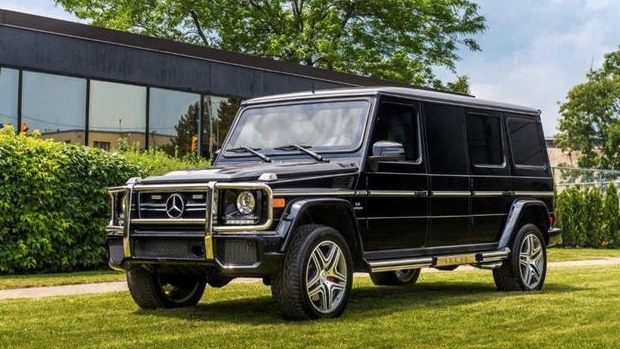 A Canadian firm has turned out the first-ever stretched and armoured Mercedes-Benz G63 SUV limousine line, and is working on another based on a newer model.

The truck – designed and built entirely in Canada – features a 60-inch stretch in the middle and armour tough enough to withstand two simultaneous grenade blasts, or 7.6mm-calibre 308 Winchester bullets. A new type of bulletproof glass is more transparent than most rivals', and thanks to INKAS solutioning, can still be rolled down.

Inside, the cabin is trimmed in leather and wood and features heated and cooled massage-capable captain's-style seats. The interiour also features a safe, a bar, and a TV built into the driver-passenger partition.

INKAS, one of the world leaders in armored and stretched luxury vehicles, is currently working on another armoured limousine line based on newer-generation G-class Mercedes SUVs. That model is expected to debut in September of this year.