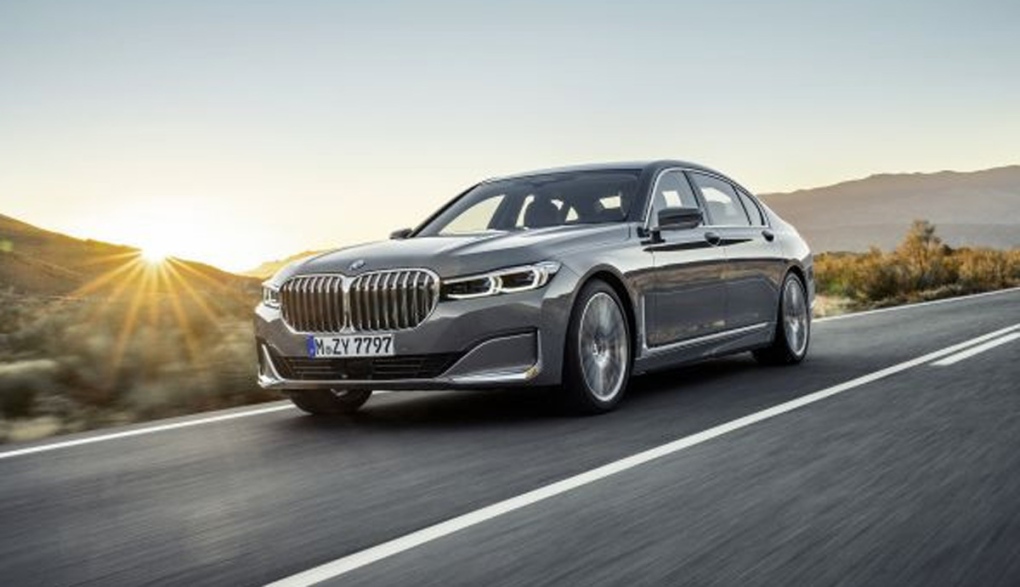 While the interior design and mechanics haven't significantly changed in the latest version of the BMW 7 Series, the exterior received a serious facelift that is leaving some fans confused and a few disappointed.

BMW officially unveiled the latest 7 Series luxury sedan Wednesday with a redesign that the company says gives it a "confident presence" while some onlookers are giving it a mediocre review.

The focal point of the new design is the inflated, trademark 7 Series kidney grille placed on a two-inch taller front end which has grown about 40 per cent since the last generation, an expansion that already hasn't been welcomed very warmly.

The air intakes have been outfitted with large air deflectors and some chrome accents that give the vehicle, "a sense of sophisticated elegance." In fact, chrome has been sprinkled all over the vehicle inside, outside, and even on the "hockey sticks" on the side, which were already made far more prominent than on the last model. While BMW was trying to ramp up the luxurious aesthetic of the series with the highly metallic details, it may have accomplished the opposite in some people's view.

The powertrain options beneath the exterior include petrol and diesel engines with 6, 8 and 12 cylinders, in addition to a plug-in hybrid drive system. The highest performing engine in the range is that of the M760i xDrive: a 6.6-litre V12 engine with near identical specs as the previous generation M760i. In fact, apart from slightly varied horsepower, not much between this generation's and last generation's powertrains have changed.

The first novel option of the line is the plug-in hybrid variant offering, "a virtually-silent, all-electric driving experience with zero local emissions," though this addition has been outshined by the exterior change.

As of right now, only the German site has a configurator online where you can see the potential cost of the various versions. Here, the models start 88,400 euros, or about US$101,000.