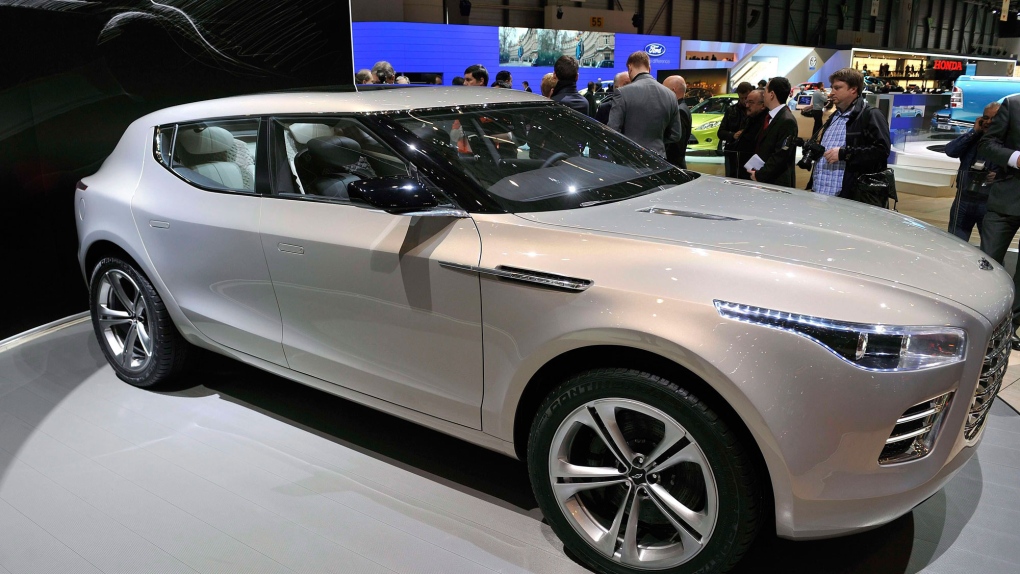 Promising that the new super saloon will be the "finest of fast cars," the new model will be hand-built in strictly limited numbers and if you want one, you'll have to wait to be asked.

That's because sales will be invitation only and, according to the company, offered exclusively in the Middle East -- a decision it says it has made based on "specific market demand."

When the William Towns-designed futuristic original Lagonda was revealed in 1976 it was one of the most technically complex, striking and expensive cars in the world. In fact it was so complex to build that Aston Martin struggled to keep up with customer demand (which came primarily from the Middle East).

Nearly 40 years on Aston Martin is a completely different company in terms of the technology and investment at its disposal and while it is still dedicated to the finest craftsmanship and personalization, it can now offer those services within a state of the art production facility, rather than a couple of draughty factory units.

Specific details about what prospective owners can expect from the new car remain a secret, and according to the company, as each model will be tailored exactly to an individual client's demands unless an owner chooses to reveal particulars about his or her Lagonda, that's the way that things are going to remain -- confidential.

However, we do know that the new Lagonda will be built on the same platform as all of the company's existing cars and that it will have a V12 engine under the hood, sending power to the rear wheels. And, of course, in terms of exterior design and expected price tag, the new car and the original will have a lot in common.

"The new model, like its exclusive siblings the One-77 and V12 Zagato, has been created as a piece of exceptional automotive art. It has been designed and developed entirely in keeping with the spirit and ethos of previous Lagonda super saloons -- notably the William Towns Lagonda -- and as a tribute to this car it proudly bears the Lagonda nameplate," Reichman said.

Work on each Lagonda will be carried out by Aston Martin's recently formed Q division, which is responsible for bespoke projects, and the first cars are expected to be finished in 2015.

In 2009, Aston Martin intended to revive the Lagonda nameplate as a luxury SUV but it quickly shelved the plans -- this was before SUVs came back into fashion -- and whether or not it will fully resurrect the brand as a model line following this limited edition exercise remains to be seen. Aston Martin already offers a sporty, luxury saloon in the form of the Rapide S, which is essentially a four-door, elongated version of the DB9.