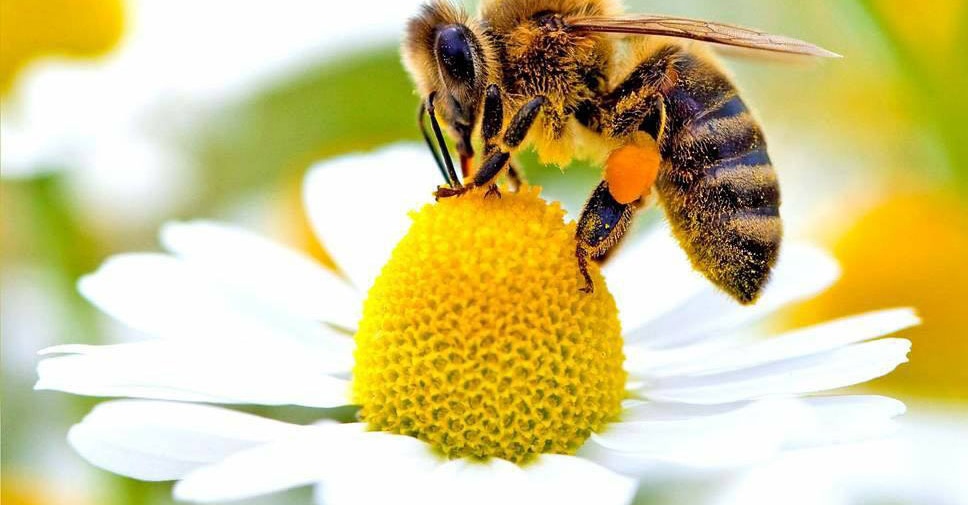 A bee is seen in this undated photo. (Sir David Attenborough / Facebook)

Correction: The Telegraph reports the BBC asked Facebook to remove the post and page mentioned in this story because it had nothing to do with Sir David Attenborough.

It seems a spoonful of sugar can do more than help the medicine go down. It can also help keep bee populations up, which is vital for humanity’s survival.

If you don’t bee-lieve me, just ask the fans of Sir David Attenborough.

A Facebook community page dedicated to the famous English naturalist and narrator of renowned nature documentaries such as, ‘The Blue Planet’ and ‘Planet Earth,’ sought to raise awareness about the plight of the bee.

“In the last 5 years the bee population has dropped by 1/3. If bees were to disappear from the face of the earth, humans would have just 4 years left to live,” the group wrote in a Facebook post earlier this month.

The fan group shared a simple tip that anyone can use at home. The post said that bees can often look like they’re dead or dying, particularly at this time of year, when in reality, they’re just tired.

“They simply don't have enough energy to return to the hive which can often result in being swept away,” the group wrote.

For anyone who comes across an exhausted bee, the Facebook group recommends mixing a simple solution of two tablespoons of white, granulated sugar with one tablespoon of water. Bees require carbohydrates from sugars in nectar or honey to convert into much-needed energy.

They also suggest placing the mixture on a spoon within reach of the tired bee. Additionally, they asked readers to share the Facebook post to increase awareness. The post has been shared more than 455,000 times as of Friday morning.

Pollinators like honey bees play a critical role in maintaining healthy ecosystems by pollinating flowering plants, fruits and vegetables. According to the World Wildlife Foundation, more than three-quarters of the world’s food crops are dependent on pollination.

A single bee colony can pollinate approximately 300 million flowers each day, according to Green Peace.

In Canada, pollinators are responsible for one in every three bites of food Canadians eat and $2 billion worth of crops, according to the partnership of agricultural organizations known as Bees Matter.

Although Statistics Canada says the number of honey bee colonies has actually increased 3.6 per cent from 2017 to a record high of 721,106, populations have been in decline in other parts of the world due to the destruction of natural habitats, diseases, and pesticides.

The International Union for Conservation of Nature’s Red List of Threatened Species shows that nearly 24 per cent of Europe’s bumble species are threatened with extinction. In the U.S., honey bee hives have decreased from 6 million in the 1940s to approximately 2.5 million, according to the U.S. Department of Agriculture.

Other ways to help:

In addition to feeding bees sugar, the WWF recommends planting pollinator-friendly plants such as, primrose, buddleia, and marigolds. The organization also suggests leaving an area of the garden untended to allow bees to buzz around in the long grass or make nests in compost heaps or hedgerows.

Certain pesticides and chemicals can pose a risk to pollinators, particularly when plants are in bloom. The federal government recommends limiting pesticide use and following pollinator-friendly best practices. These include avoiding crops or weeds where bees may be present and limiting “drift” exposure caused by spraying chemicals.