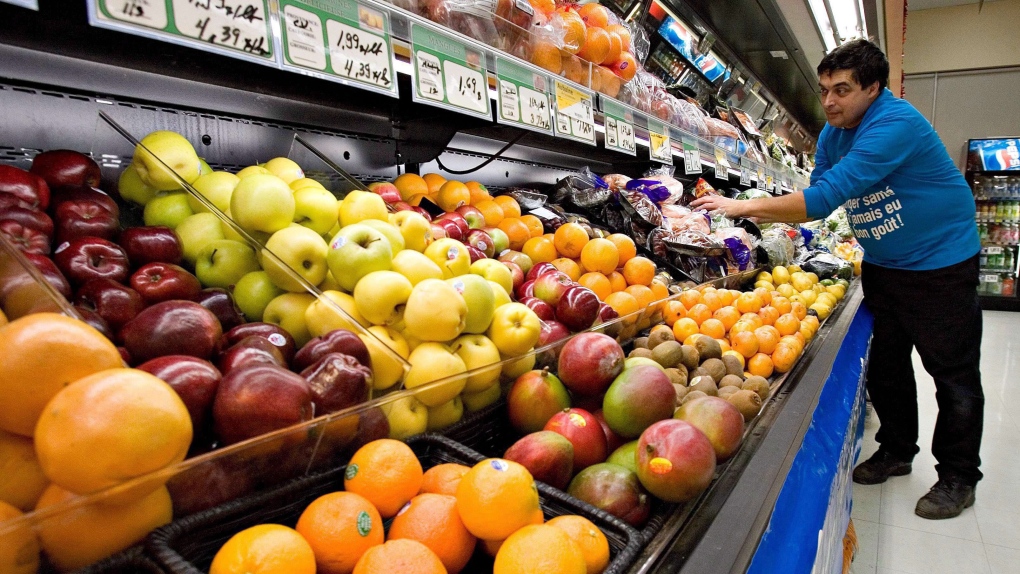 Two often-cited rules of personal finance dictate that 10 per cent of income should go to savings, and that no more than 30 per cent should go to housing. However, when it comes to how much people should budget to feed themselves, there are no hard and fast rules.

Last week, critics rebuked Quebec Liberal Leader Philippe Couillard after he suggested a family of three -- one adult and two teens -- in the province could survive on a $75 weekly grocery budget.

That modest sum of money may be all some people can dedicate to groceries, but experts say a typical family would likely spend more. It's important to consider income as well as some cost-cutting strategies when arriving at a reasonable budget in an era of rising food prices.

"It does pay to have a good solid budget for grocery," said Christine Williston, a North Vancouver-based money coach with Money Coaches Canada.

The minimum should be $200 per person, per month, she said. For a family of three, that would be roughly $138 weekly -- $63 more than Couillard's estimate.

Though, Williston notes, people with limited incomes may have less than that to work with.

That number should include household items that can be picked up at a supermarket, like dishwashing detergent and garbage bags, she said, but not any of the extras that big one-stop-shop grocers now sell, like home decor or barbecues.

Dining out ought to be a separate line item in the budget too, said Williston. A $200 night out, for example, could artificially inflate how much one is spending on groceries.

Spending just $200 a month per person may well be difficult, Williston said, as groceries have been getting significantly more expensive.

A family of four will likely spend $11,948 on groceries and eating out in 2018, according to an annual food price report by lead author and Dalhousie University professor Sylvain Charlebois. That figure amounts to about $230 a week.

That's $348 more than the previous year, though more than half of that increase will be spent on eating out, according to the report. Overall, food prices will rise between one and three per cent this year, the report estimates.

Statistics Canada data shows grocery prices trending up over the past several years.

The average Canadian household spent $6,176 or about $119 a week on food from stores in 2016, according to Statistic Canada's most recent data. The yearly total has climbed each year since 2012.

Even the CEOs of Canada's major supermarket chains warn of rising inflation thanks to cost pressures in the industry, including rising labour and transportation costs, as well as the impact of an ongoing trade war with the U.S.

Many people spend more than Williston's recommended $200 per person, per week. She's counselled clients who hover closer to $500 for each family member per week.

"It's actually very easy to do," she said, citing high organic food costs or specialty items.

Depending on income and how the rest of their earnings are allocated, Williston said, that may be an acceptable sum for some budgets.

Still, there are some simple ways to cut costs and move closer to the $200 mark.

She found the extra attention to how often she was eating out helped her reduce the frequency. While that brought her and her husband's grocery budget up by about $100 a month, it reduced their entertainment budget.

"So, total though, I'm spending less money," she said, adding they now spend about $500 on groceries a month.

Raising the grocery budget to save money on eating out is something Williston finds she often recommends to her clients.

Fisher and her husband also shop at a store where they can rack up points for free groceries. Every three months or so, they earn about $100 of groceries, Fischer said.

They couple only eat vegetarian meals at home to help cut costs, but allow themselves to order meat dishes at restaurants.

They also plan their meals, rotating through several staple recipes, like pasta and chili.

It's good to be able to find innovative ways to incorporate food that is close to spoiling, said Williston, like using soon-to-be brown bananas in a smoothie, to reduce food waste.

Every Canadian, on average, tosses away 170 kilograms of food, according to a report released earlier this year by the Commission for Environmental Co-operation, an environmental watchdog agency set up under NAFTA.