TORONTO -- Rallies have sprung up across the country as demonstrators used the holiday weekend to voice their support for the hereditary chiefs of Wet'suwet'en Nation in northern British Columbia. Here's what else you need to know to start your day.

1. Wet'suwet'en protests: Prime Minister Justin Trudeau said the government is focusing on a quick, peaceful solution to address ongoing protests and rail blockades that have shut down much of the country's rail system.

2. Diamond Princess cruise: Canadians quarantined on a cruise ship with a growing number of passengers infected by COVID-19 expressed frustration with Ottawa's response as a plane headed to Tokyo to bring them home.

3. Premier resigns: The premier of Newfoundland and Labrador, Dwight Ball, has announced that he is stepping down to spend more time with his family.

4. Women in the military: The commander in charge of recruiting more women into the military says they aren't following through on an internal suggestion to shorten the uniform skirt.

5. Dangerous products: New research suggests infants who are exposed to cleaning products are more likely to develop asthma and wheeze later in life.

'Ghost ship': An empty ship that drifted at sea for over a year washed ashore near a coastal village in Ireland after Storm Dennis brought high winds and widespread flood warnings to the country. 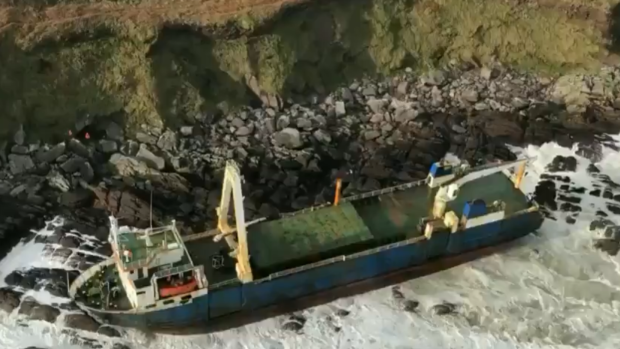