1. Ricin history: A Canadian was arrested Sunday evening at the U.S.-Canada border under suspicion that they had sent an envelope containing poison to the White House — the latest attempted poisoning using a deadly toxin called ricin.

2. Fishing rights: Sunday proved to be a tense day in St. Mary's Bay in Saulnierville, N.S., and saw commercial fishermen remove hundreds of lobster traps set by Indigenous fishermen amid an ongoing dispute over fishing rights.

3. Quebec school closure: After a major testing operation in which 20 students and five staff members tested positive, authorities say a Quebec City school will be closed for two weeks.

4. Stepping out: Even though the back-to-school season has coincided with a steady rise in Canada's active COVID-19 case count fuelling fears that a second wave may soon be upon us, Canadians are spending less time at home than they were one month ago.

5. Brain repair: According to a new study, sleep helps build the brain's infrastructure until the age of about 2-and-a-half. After that, researchers say sleep's purpose shifts to brain maintenance and repair rather than brain-building.

An Emmy for Moira: The fish-out-of-water Canadian sitcom "Schitt's Creek" made history for its swan song season at the Emmy Awards Sunday night, nabbing all seven categories in which it was nominated, including best comedy series. 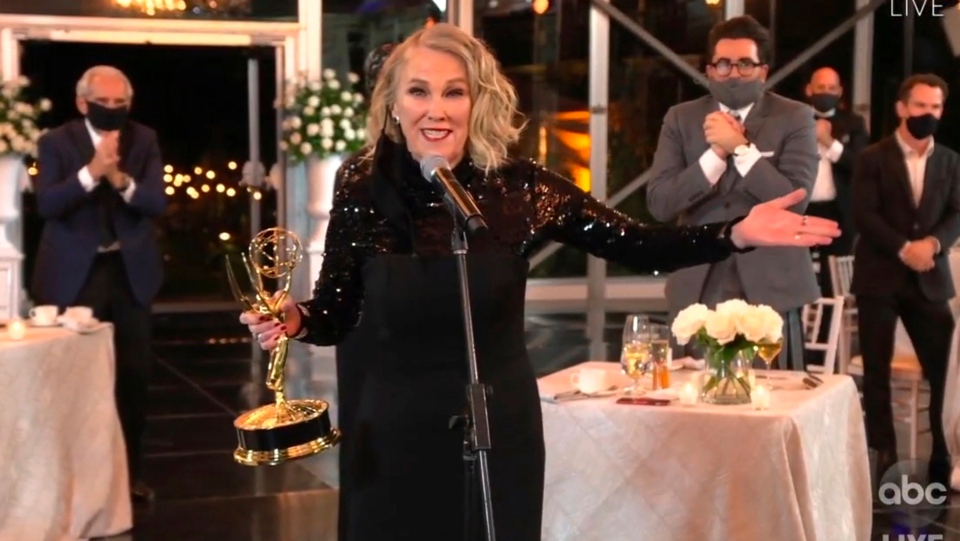